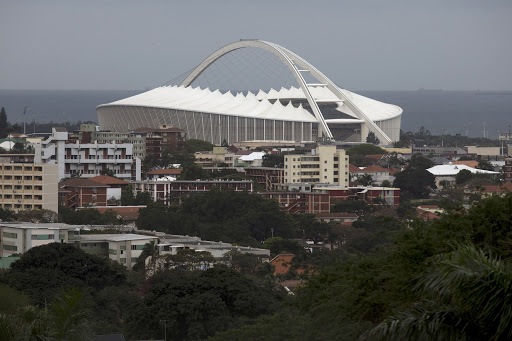 Supporters will be chomping at the bit after the executive committee of the Premier Soccer League (PSL) met on Wednesday and resolved to use the October 30 MTN8 final as a pilot project for the return to stadiums for domestic football.

The venue for the final clash between Mamelodi Sundowns and Cape Town City is yet to be announced by the PSL.

“The executive committee will meet again within the next seven to 10 days to assess the outcome of the consultation process and the PSL will communicate the approach that will be implemented after the meeting,” the league said.

The PSL said it views the R8m final “as the ideal match to test the protocols that will be put in place”.

The PSL statement is a reaction from the successful welcoming back of supporters by the South African Football Association (Safa) after the national team Bafana Bafana beat Ethiopia 1-0 in front of 2,000 vaccinated supporters at FNB Stadium in a 2022 Qatar Fifa World Cup qualifier on Tuesday.

Safa president Danny Jordaan said on Wednesday, a few hours before the PSL released their statement, that the association has passed the pilot project of welcoming fans back to the stadium with flying colours.

The PSL said its executive committee met to deliberate on the amended Disaster Management Act regulations of October 11 and identified matters that required stakeholder engagement and clarification.

“Until further notice the PSL Covid-19 protocol continues to limit attendance to 165 people required at the match. The PSL calls upon all supporters to support the government’s stance on the importance of vaccinations and the achievement of herd immunity.

“The sooner sufficient South Africans are vaccinated, the sooner supporters will be able to return in numbers. The PSL wishes to express its appreciation to the government for making the return of supporters possible.

“The PSL also thanks supporters, sponsors, and the media, for their patience and understanding.”

The DStv Premiership rolls back into action this weekend after the inactivity necessitated by the Fifa international break.