Marques keen to hit the ground running at TTM 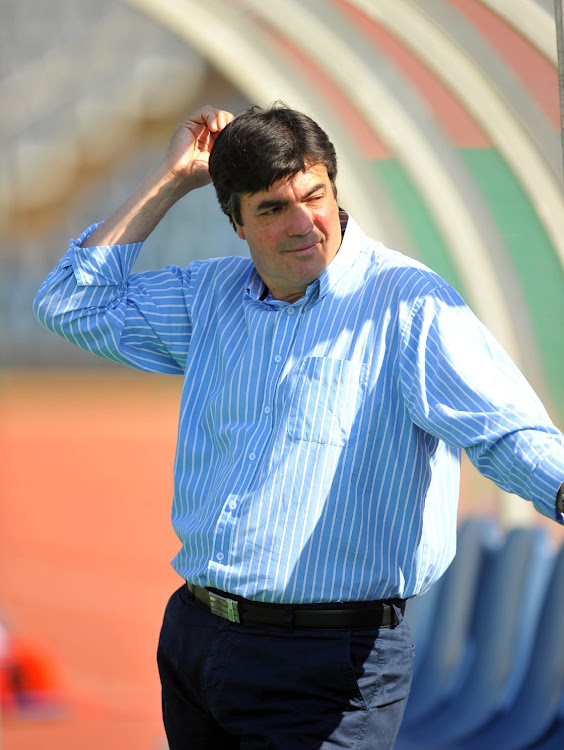 Marques, who has been without a job for three years, joined TTM on a two-year deal yesterday and will be assisted by Mulondo Sikhwivhilu.

“I will assess the team when I get down there and tomorrow [today], we will start preparing for the weekend game against Hungry Lions and it will give me an indication of how far we are,” Marques told Sowetan yesterday.

“You have to hit the ground running. It is good sometimes to play these teams who are up there. It sets the tone and also shows what the team is capable of. It tests the character of the squad, so I think this is for me is a resilience test to see where we are as a team. Can we stand up to these challenges? I would rather play a team like that, that will bring the best out of us.”

The 60-year-old also explained what inspired him to join TTM, who experienced difficulties in previous years both in the GladAfrica Championship and DStv Premiership.

“Looking at the development of what we can do and how we can promote the youngsters in the area. So it was a good approach and that’s why when I looked into it, I said, 'I'm going there not just for football but to make a difference in the community and that’s why I’m excited'.”

Marques said he was not given mandates, but he aims to qualify the team to the Premiership next season. “The mandates are like all the coaches, go out there and win. If the results don’t come, we will have to part ways. That's football.

“So the mandate is let’s get into the playoffs. Let’s try to win the promotion. I don't need anyone to give me a mandate for that because that’s what drives us.”

With Chippa United re-affirming their support to coach Gavin Hunt despite a poor run, striker Thokozani Sekotlong has backed the decision as they ...
Sport
2 weeks ago

Despite Samir Nurkovic and Leonardo Castro being out with injuries, Kaizer Chiefs ex-player Pollen Ndlanya doesn't see it as a crisis.
Sport
2 weeks ago

Bafana Bafana strengthened their grip at the top of Group G after they completed a double over Ethiopia following a 1-0 hard-fought victory in front ...
Sport
2 weeks ago

TS Galaxy marksman Augustine Kwem hopes the Mpumalanga side will turn the corner when they host the unpredictable AmaZulu in a DStv Premiership ...
Sport
2 weeks ago
Next Article