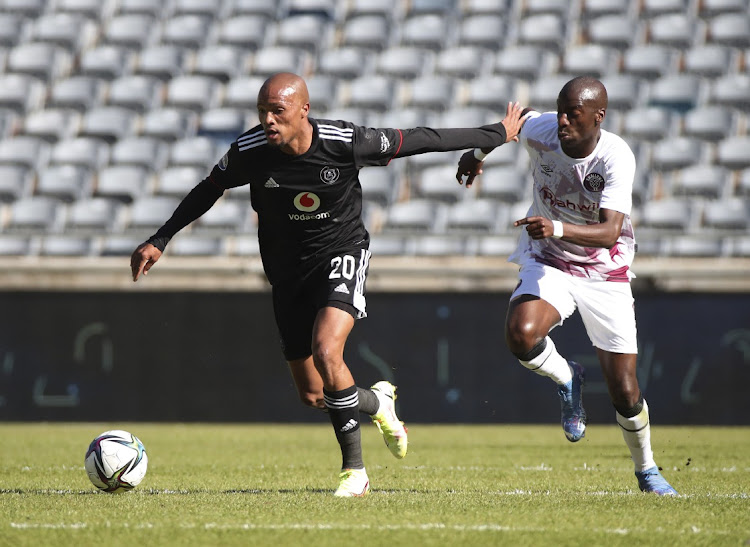 With Goodman Mosele facing a possible two-match ban after failing to honour a national team call-up and Ben Motshwari still suspended, Orlando Pirates can still do well without the duo.

This is the view of former Bucs players Edelbert Dinha and Steve Lekoelea, as they believe there is enough quality in the club to replace them.

Mosele faces Safa's wrath after failing to pitch for the current national camp, and his club have still not explained his whereabouts.

With Motshwari still suspended by Pirates due to personal issues, this would mean assistant coaches Mandla Ncikazi and Fadlu Davids will have to choose from Fortune Makaringe, Thabang Monare and Siphesihle Ndlovu to partner Abel Mabaso in central midfield. Compounding matters for Pirates is that Mabaso is one yellow card away from suspension.

But Dinha doesn’t see this as a crisis as he believes the players mentioned above are capable of replacing Mosele and Motshwari.

“I think they will be fine. They have quality players,” Dinha told Sowetan yesterday. “Before, they used to play Monare, Ndlovu and Makaringe at the same time and I’m sure they can afford to have those three players playing together again. I think they've got enough depth to cover those two.”

Despite having rarely featured for Pirates this season, Dinha expects them to show good form should they play.

“Every player goes through that, where the performance drops but I’m sure, given a chance, they will take the opportunity.

“They showed that they are good players and deserve to play for Pirates.”

Lekoelea believes it may be tough for Pirates, but that they have enough cover to replace them.

“It will be tough because they will play players who have not played enough this season, but I believe they will still do well,” Lekoelea said.

“They will miss Mosele since he was scoring goals for them but they have other players who can do the job. Makaringe didn’t play well in the last few games and he knows that.

“But I think they will want to take this opportunity and help the club.”

Pirates will meet Congolese side Diables Noirs in the CAF Confederation Cup second preliminary round at Stade Alphonse Massamba-Debat in Brazzaville on Friday (4.30pm).

New TS Galaxy striker Augustine Kwem is yet to open his goal-scoring account for the Rockets, but he is optimistic that he will get his act together ...
Sport
4 days ago

The quick turnaround in Bafana Bafana's fortunes is not a surprise to coach Hugo Broos as he feels this is the result of the hard work the players ...
Sport
4 days ago

Bafana Bafana defender Rushine de Reuck has promised that they have no time to rest on their laurels following their impressive run in the 2022 Fifa ...
Sport
4 days ago

While the PSL remains mum about the possibility of soccer fans returning to stadiums, there was a buzz yesterday about vaccinated Bafana Bafana ...
News
4 days ago
Next Article