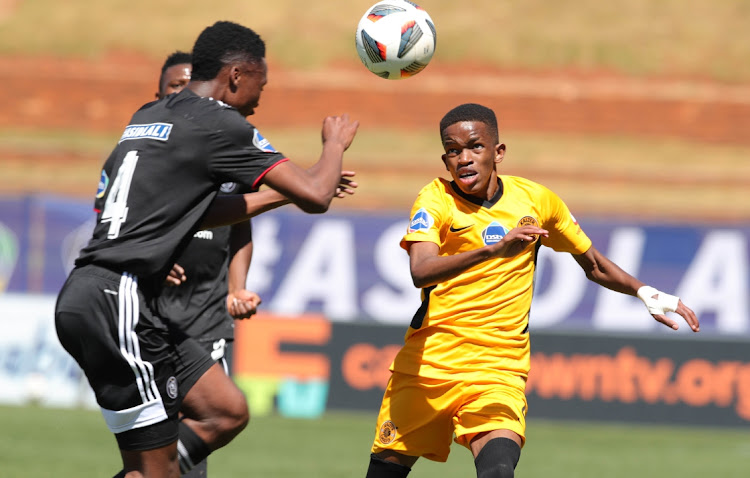 After recording three wins in a row, Pirates were stopped in their tracks by SuperSport United. Stellenbosch showed Chiefs no mercy in a 4-1 hiding, while Sundowns hammered Swallows 4-0 to record back-to-back league wins.

Chiefs coach Vela Khumalo said his team would conquer the league in the future. Stellenbosch are second, with nine points. Coach Surprise Moriri’s team is on the right track, and he would be pleased with the clinical performance against Swallows.

On the other hand, the struggle to get their first league win continues for champions AmaZulu after a goalless draw with TS Galaxy. Usuthu are second from bottom with two points from five matches.

Swallows are at the bottom of the log table with the same number of points from five matches. AmaZulu coach Siboniso Villakazi told the club's media platform that his team is not panicking as they will find their form soon.

“It’s still early days. We have 25 matches still to play and the league is a marathon. We will not panic. We did not lose a league game last season. We will get it right and start winning soon,” promised Vilakazi.

Usuthu retained the same squad that did the business for them last season, however, the results are not going their way. “It is just a matter of time before we get it right, results will start coming soon,” added an optimistic Vilakazi.

New TS Galaxy striker Augustine Kwem is yet to open his goal-scoring account for the Rockets, but he is optimistic that he will get his act together ...
Sport
9 months ago

The quick turnaround in Bafana Bafana's fortunes is not a surprise to coach Hugo Broos as he feels this is the result of the hard work the players ...
Sport
9 months ago

Bafana Bafana defender Rushine de Reuck has promised that they have no time to rest on their laurels following their impressive run in the 2022 Fifa ...
Sport
9 months ago
Next Article