Mosele has big future at Pirates if he keeps grounded, says Benson Mhlongo 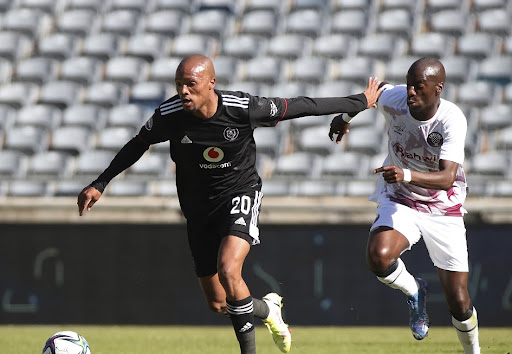 Goodman Mosele has to understand that his position holds the team together, and if he can handle the pressure of that responsibility at a big team like Orlando Pirates the talented midfielder has a big future at Bucs, says Ex-Buccaneer Benson Mhlongo.

Signed from Baroka FC in the off-season, Mosele, 21, has started 2021-22 brightly. His qualities in midfield have caught the eye of Bafana coach Hugo Broos, who this week named the player in his provisional squad for next month's World Cup qualifiers against Ethiopia.

As Pirates prepare to host another of Mhlongo's clubs — Mamelodi Sundowns — in Saturday's big DStv Premiership clash at Orlando Stadium (kickoff 5pm), the former Bucs assistant coach was asked his view on Mosele.

“Because he's still going to come up against players who want to impress so that they can be signed by Pirates. So every opponent he comes up against will be someone giving everything he's got.

“Yes you've got skill but if you're smarter you get to survive in the position.

“That's why you see Pirates chopping and changing in that position because the boys play two games and become too excited.

“So I wish he can keep his consistency, doesn't get too excited and understands that he's the one who holds the team together.

“And that is too much pressure sometimes. If he can handle that, I see a bright future for him.”

Pirates and Sundowns have begun the 2021-22 Premiership unbeaten. Bucs have won two and drawn two of four matches, and Downs have won three and drawn one.