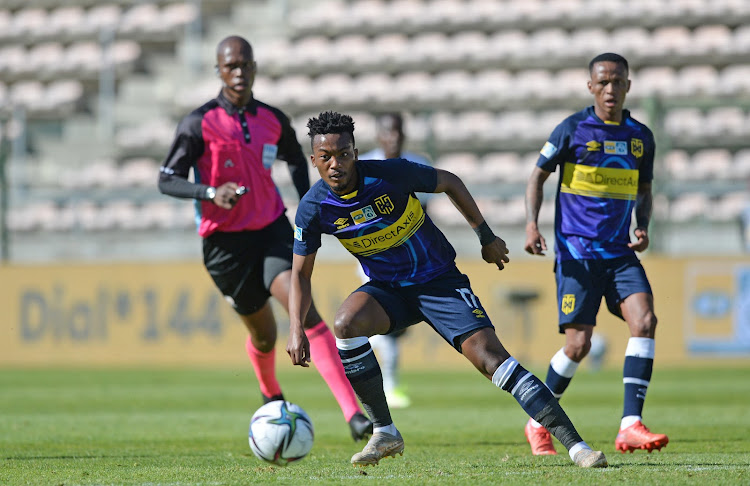 Eric Tinkler will feel that his team holds the advantage after Cape Town City denied Swallows a crucial away goal in the first leg of the second MTN8 semifinal at Athlone on Sunday.

Tinkler made it clear leading up to the match that a clean sheet was his top priority. City delivered as they held the Soweto club to a goalless draw to grab the slight advantage ahead of the second leg in Dobsonville on September 29.

Though there were no goals, there was plenty of goalmouth action during the match and ample scoring opportunities but the two goalkeepers — City’s Hugo Marquees and Swallows Virgil Vries — were excellent.

Tinkler won his first trophy as a coach when he lifted the R8m cup tournament with SuperSport United in 2018 against the same City.

City are enjoying a better start having won and drawn their opening two Premiership matches and opened their season account with a 2-1 win over Benni McCarthy’s AmaZulu.

City will resume their DStv Premiership campaign after the two-week Fifa international break with a home tie against Maruma Gallants on Saturday September 18 while Swallows will host SuperSport the following day in Dobsonville.

Arrows will be on the road to Mbombela to confront TS Galaxy on September 11.

In the other semifinal encounter, played on Saturday, Lehlohonolo Seema’s Lamontville Golden Arrows scored in the sixth minute of their clash against Mamelodi Sundowns in Clermont.

But Arrows lost the advantage by conceding in the 86th minute as Sundowns’ new Slovak forward Pablo Safranko equalised to make sure that the match is tied at 1-1 going into the second semi at Loftus on September 28.

Sundowns reached the last four after overcoming rivals Kaizer Chiefs in a penalty shoot-out while Arrows won their own lottery of a shoot-out against Kaitano Tembo’s SuperSport.

Sundowns will return to Premiership action with a gigantic clash at home against Chiefs on September 12.