City man overlooked but focuses on cup tie against Birds 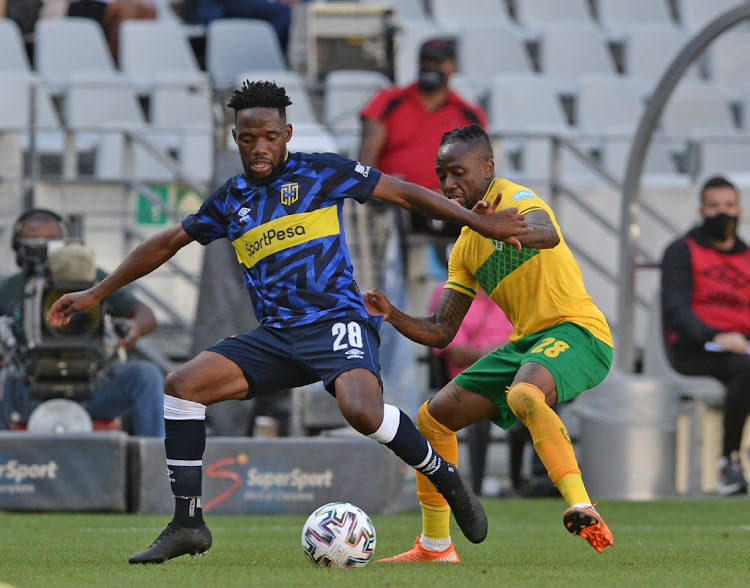 On the back of netting an impressive nine goals and amassing four assists from 31 games in all competitions last season, Mdantsane is continuing with his rich vein of form this season, having already netted twice in three games.

For all that, the talented midfielder hasn’t yet played for the national team. Bafana coach Hugo Broos overlooked Mdantsane for the World Cup qualifiers against Zimbabwe away on September 3 and Ghana at home three days later.

The constant Bafana omissions haven’t fazed the lad from Leslie, near Secunda in Mpumalanga. Mdantsane is certain to start when City host Swallows in the first leg of the MTN8 semifinals at Athlone Stadium on Sunday (3pm). The second leg is billed for Dobsonville Stadium on September 29.

“To be honest, I am not really disappointed as I know it takes a lot of hard work to be in the national team and obviously the coaches have different philosophies in their style of play. So they obviously select whoever fits in that philosophy,” Mdantsane told Sowetan yesterday.

“I believe my time will come but that’s not what’s on my mind right now. As long as I am playing in my team and winning, that’s important. I need to keep on working hard and if my time comes, then I am ready.”

City are brimming with confidence going into the Wafa Wafa clash against the Birds, after coming from behind to beat Royal AM 2-1 in a league tie at Chatsworth Stadium in midweek. Mdantsane, 26, has attributed the fightback in Durban, where he and Taariq Fielies scored, to self-belief and coach Eric Tinkler’s instructions.

“We started the game very slow and that’s why we conceded the goal but then we had to believe in ourselves, and also the coach told us to play football as we used to, instead of giving the balls away, so we came out stronger in the second half,” Mdantsane explained.

Mdantsane, who skippered Baroka when they won the Telkom Knockout in 2018, feels the Citizens’ MTN8 pedigree and experience are going to help them this term as their intention is to be champions again. City won the 2018 MTN8 title.

“We want to win it again,” noted Mdantsane.

Kaizer Motaung jnr has not ruled out the possibility of Kaizer Chiefs adding to their arsenal before Tuesday’s transfer window deadline but has ...
Sport
4 months ago

Royal AM’s application to take their GladAfrica Championship promotion-relegation matter to the Constitutional Court has been dismissed with costs.
Sport
4 months ago

Mamelodi Sundowns coach Rulani Mokwena says the intense speculation that linked co-coach Steve Komphela to Orlando Pirates during the off-season did ...
Sport
4 months ago
Next Article