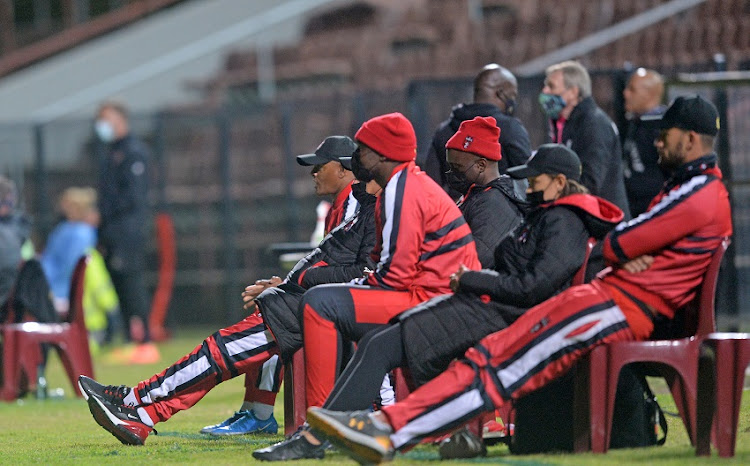 Galaxy got off to the worst possible start as they were reduced to 10 men after just seven minutes after Sanoka was given a straight red card for handling the ball.

“It's so childish to get a red card like that. That is so unacceptable at this level of football,” he said.

“Strikers are going to close you down and we mention that we shouldn't be too casual on the ball, and to get a red card like that puts us on the back foot.

“Playing away and getting a red card, it just makes things so difficult for you.”

Da Gama believes that Ashley Du Preez’s goal should not have stood, claiming that it was an offside.

“Apart from that I also thought the goal they scored looked offside from my perspective,” he said.

“Also, we mention that Stanley Dimgba, when he gets the ball on the Right hand side, he's left footed, he's going to cut in. He scored the same goal before I arrived here.

“To allow that to happen is not acceptable at this level of football. It's truly not unacceptable, but we will deal with it and fix it up where we have to.

“I've had my concerns with one or two players, and I have stated that to the chairman.”

While he did feel Stellies' goal should have been disallowed, Da Gama admitted that his charges did not defend well on the day.

“There are players who didn't show character, but there are those who stepped up to the plate,” he said.

“It is a learning process, we will get better and regroup.

“I think the positive that we can take from this game is that we were well organised in both games. From a tactical point of view, we showed that we can stand up against any team in the PSL, but in saying that we still have lot to improve.”