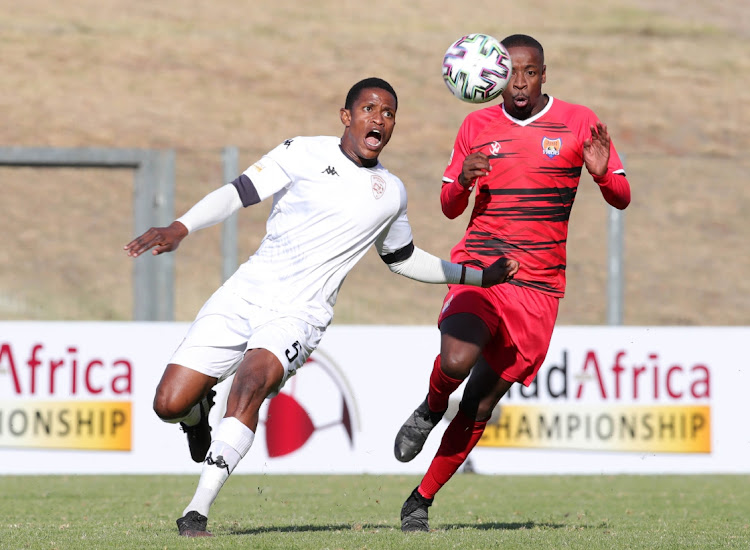 New Sekhukhune signing Vusimuzi Mncube is looking forward to the challenge of playing Premiership football with the club.

The 27-year-old midfielder joined Sekhukhune from GladAfrica Championship side JDR Stars in a three-year deal.

Mncube was impressive for JDR last season, featuring 29 times in all competitions and scoring seven goals in the process.

He wants to translate the same form to the DStv Premiership and help Sekhukhune in their debut season.

“I feel very happy joining this team. I’ve seen how they run things. They are very professional and it is a new challenge for me to be here,” he told the club's media department yesterday.

“I’m looking forward to the challenge. I want to give my best and I’m thankful for this opportunity.”

Mncube is a versatile player. He can lead the attack as a striker and play as a winger. The Orlando Pirates youth product was also once on the books of Chippa United and Jomo Cosmos.

The well-traveled forward is pleased to have returned to top-flight football.

“I’m happy for the opportunity, like I said. It was always my dream to [be] back in the Premiership and looking forward to contribute and showcase my talent.”

Mncube became the sixth player to be signed by Babina Noko as they continued to strengthen the team ahead of the new season.

Meanwhile, there has been a lot of movement from the GladAfrica Championship to the Premiership recently.

Mncube became the 19th player to have moved from the second tier to the top flight.

Some of the players to have moved from the GladAfrica Championship to the Premiership:

After a successful season where they won the DStv Premiership title and dominated from the start to finish, champions Mamelodi Sundowns are not ...
Sport
2 months ago

Masilake “Scara” Phohlongo is excited to have earned his first senior cap through Bafana Bafana's campaign in the ongoing Cosafa Cup tournament in ...
Sport
2 months ago

Uthongathi manager Makhosonke Mhlongo has moved swiftly to quell speculation that the reason the club have let go of key players was that they intend ...
Sport
2 months ago

Sanoka itching to get his first PSL trophy

Pogiso Sanoka is eager to break his duck and get silverware under his belt with TS Galaxy.
Sport
2 months ago
Next Article