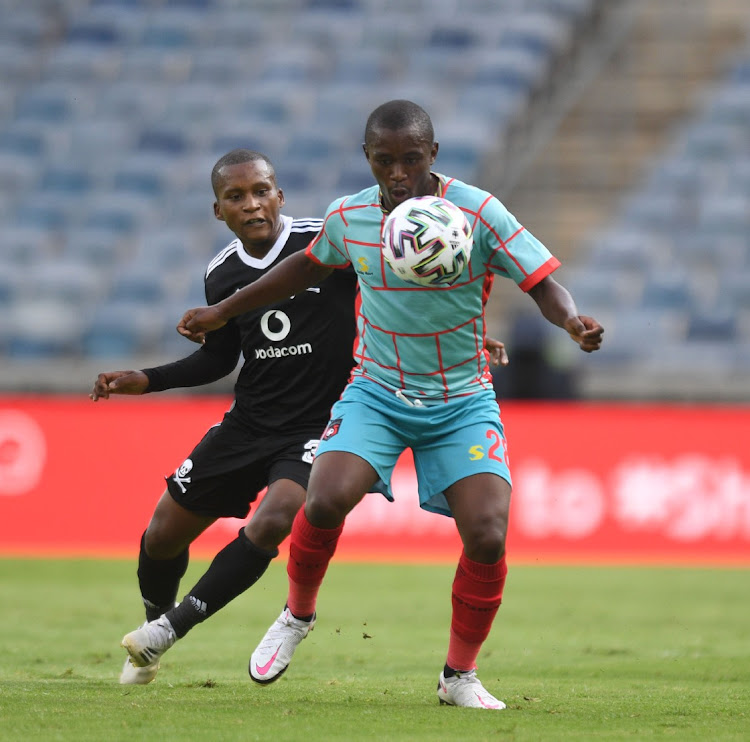 Masilake “Scara” Phohlongo is excited to have earned his first senior cap through Bafana Bafana's campaign in the ongoing Cosafa Cup tournament in Gqeberha, Eastern Cape.

The 24-year-old midfielder did not expect to get a call-up to represent his country at the regional tournament. He said he was preparing to go on holiday when he got the news.

“Playing for the national team is a dream come true for me. Every player wants to play for his country and I am no different. It is an honour to play for my country and I will always be grateful for this opportunity,” said Phohlongo.

The player from Langa township, Cape Town, hopes Bafana will go all the way and win the competition ending on Sunday.

The experience he earned at the Fifa Under-20 World Cup finals in 2015 helped him through his first senior match for the country against Botswana on July 6. SA won the Cosafa opener 1-0.

“It was a great feeling to make my debut. The support from my friends and family helped me not to be nervous. I left everything to God and he helped me to stay calm,” said a relieved Phohlongo.

He wants to help his club TS Galaxy to do better in the DStv Premiership next season and he believes that they can have a memorable 2021/21 campaign.

“I would like to score more goals and contribute to the team so that we can reach our target next season. My target is to score six or seven goals. I want to make my son and family proud. I want to do well and if I put in that extra effort it will be possible for me to achieve my goal.”

He explained that he earned the nickname Scara because when he was a young boy he idolised late Emmanuel “Scara” Ngobese and wanted to play like him.

“He was one of my best players in the PSL. I still watch his videos to this day. I like the way he dribbles and I am learning a lot from watching the videos. I used to write his name on the back of my shirt. I got the nickname because I wanted to be like him.”

Bafana Bafana will play Mozambique in the Cosafa Cup semifinal tomorrow (at 2pm) at Nelson Mandela Bay Stadium after finishing top of Group A with 10 ...
Sport
2 months ago

The only player to feature in all 14 Kaizer Chiefs’ CAF Champions League games en route to the final, Njabulo Blom, has chalked up Amakhosi’s purple ...
Sport
2 months ago

After a successful season where they won the DStv Premiership title and dominated from the start to finish, champions Mamelodi Sundowns are not ...
Sport
2 months ago
Next Article