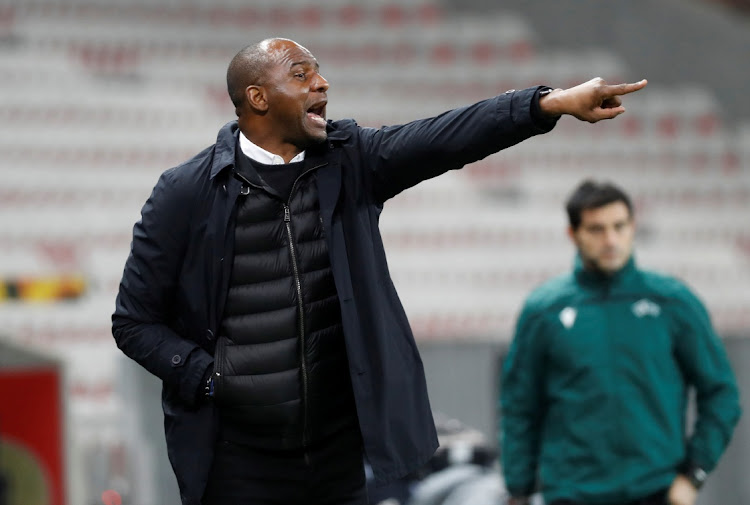 Patrick Vieira is back in the Premier League as a manager.
Image: REUTERS/Eric Gaillard/File Photo

Hodgson left boyhood club Palace at the end of last season after four seasons in charge, guiding them to a 14th-placed finish in his final season.

Vieira, who captained Arsenal to three league titles and four FA Cups as a player, was sacked by French Ligue 1 side Nice in December after a stint that lasted 2-1/2 years.

The 45-year-old also led Arsenal's 'Invincibles' side who went a full Premier League season unbeaten in 2003-04, and won the 1998 World Cup and the European Championship in 2000 with France.

"I am really excited to have this opportunity to return to the Premier League, and manage this great football club, as we begin a new chapter together," Vieira said in a statement.

"It is a project that is really appealing to me, having spoken a lot with the chairman (Steve Parish) and sporting director (Dougie Freedman) about their ambition and plans for the whole club, including the Academy.

"The club has fantastic foundations in place after many years in the Premier League, and I hope we can make further improvements and continue to drive the club forward."

Spotify CEO and founder Daniel Ek has contacted Arsenal owner Stan Kroenke's family to make an offer to buy the Premier League club but a takeover ...
Sport
1 year ago

This is Vieira's first senior managerial assignment in England after having worked at Manchester City's academy as football development executive.

His first priority at Palace will be to oversee a major squad overhaul, with a total of 11 players from last season now out of contract after their deals expired at the end of June.

Some of those players, including winger Andros Townsend, are still expecting to be given new deals at Selhurst Park.

Another challenge for Vieira will be to sort out the future of their talisman Wilfried Zaha, who reiterated his desire to move at the end of last season.

"We have a lot to do to prepare in the coming weeks and I look forward to working closely with Patrick and Dougie in bringing in some new faces to help us all to a successful season," Parish said.

Palace begin their Premier League campaign with a trip to Chelsea on August 14.