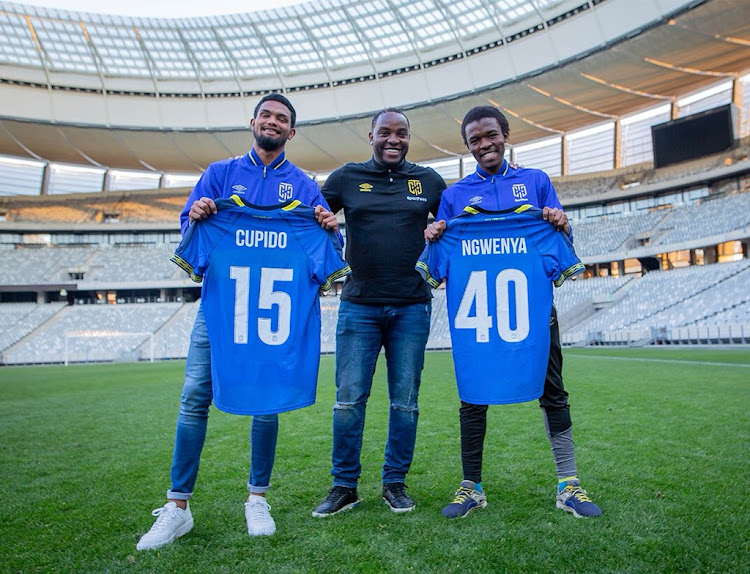 Defender Keanu Cupido will join the first team squad from French Ligue 1 side Ajaccio and striker Karabo Ngwenya will play in the MultiChoice Diski Challenge team in the coming campaign.

The highly-rated Cupido is a product of the now defunct Diambars Academy in Johannesburg that was started by former France international Patrick Vieira and was previously on the books of BidVest Wits before leaving for Ajaccio.

The 20-year-old also previously had a trial at Lille‚ where he impressed but saw his stay cut short by injury.

He joined Ajaccio in April last year‚ but has since been released along with midfielder Tholang Masegela‚ who has signed for Maritzburg United.

Centre-back Cupido is a national Under-17 and Under-20 player and will vie with the likes of Taariq Fielies‚ Kwanda Mngonyama and new Ivorian signing Kouassi Kouadja for a starting place.

Ngwenya was also briefly at Ajaccio‚ but played for Santos last season and has represented South Africa at Under-19 and Under-20 level.

The pair take to six the tally of new arrivals at City this season after Kouadja‚ wingers Gift Links and Riyaad Norodien‚ and striker Siphelele Mthembu.

City are scheduled to open their season at home to SuperSport United on August 4.