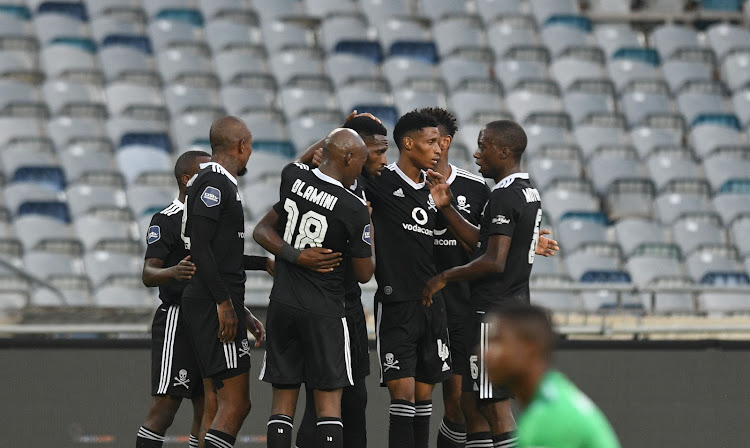 Bucs suffered their first defeat in the competition but ES Setif’s 1-0 win against Al Ahli Benghazi in Algeria meant Pirates still finished second in Group A on nine points to Enyimba (also nine points)‚ with Setif on eight and Ahli seven.

This makes history for South African clubs in continental competition as it is the first time three have reached the quarterfinals. Mamelodi Sundowns and Kaizer Chiefs have both progressed to the quarters in the Caf Champions League. This also completes a unique treble for South Africa’s “big three” clubs.

Pirates‚ the 2015 losing finalists in the Confed‚ suffered their first defeat of the 2020-21 competition in Nigeria‚ where Cyril Olisema struck five minutes into injury time to secure a last-gasp victory to Enyimba‚ a result that also saw the home team through to the quarters.

Pirates' nine points had come from a 0-0 away draw against Setif in neutral Ghana‚ 2-1 home win against Enyimba‚ 0-0 draw away to Al Ahli and 3-0 win at home to the Libyans‚ then a draw at home in the return match to Setif.

Pirates' game against Enyimba kicked off at 11pm SA time (9pm in Nigeria).