Maleka plays down on reaching the Nedbank Cup final

TTM's priority is to avoid the chop 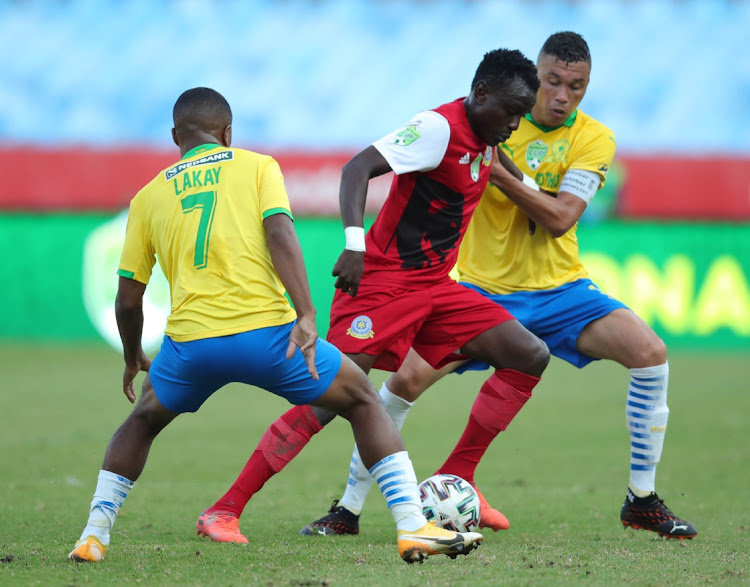 Tshakhuma incredibly beat Sundowns 6-5 on penalties in the Ke Yona Cup quarterfinal tie at Loftus Versfeld Stadium  on Sunday. The encounter went to penalties after ending goalless in extra time.

Goalkeeper Washington Arubi, 35, single-handedly inspired the side to the final. The tried and tested Zimbabwean keeper pulled out numerous unbelievable saves the entire game, before denying Hlompho Kekana from 12-yard in the shootouts.

TTM will battle it out with  fellow relegation candidates Chippa United in the final at the Free State Stadium on May 8. Both teams have never appeared in any top-flight final before.

In the league, Tshakhuma and Chippa have been struggling, facing the prospect of relegation. After 21 games, 14th-placed TTM have garnered just 19 points, two behind Chippa, who’ve played a game more but one slot below them.

“We hope and pray that this win [against Downs] will carry out to the big stage, that’s the DStv Premiership, because that’s where it matters most. We have to climb up the log. We must now focus where it matters the most… the league is more important because we want to stay for next season,’’ said Maleka.

The Mankweng, Limpopo-born fledging coach, whom this is his maiden season coaching in the elite league, revealed he learns and takes advices from experienced coaches like Steve Komphela, Gavin Hunt and Clive Barker, who coached him in his heyday at Mpumalanga Black Aces.

“I have always been in contact with my former coaches like Gavin Hunt to seek for guidance and support. Coach Barker also helps me with advices. Coach Steve as well, I speak to him,’’ said the 42-year-old Maleka.

Mamelodi Sundowns will not rest players for their Nedbank Cup‚ semifinal clash against unpredictable Tshakhuma Tsha Madzivhandila (TTM) at Loftus on ...
Sport
3 weeks ago

Highly unpredictable TTM come up against the rampaging Sundowns, who humiliated rivals Orlando Pirates 4-1 in the quarterfinal on Thursday, with a ...
Sport
3 weeks ago
Next Article