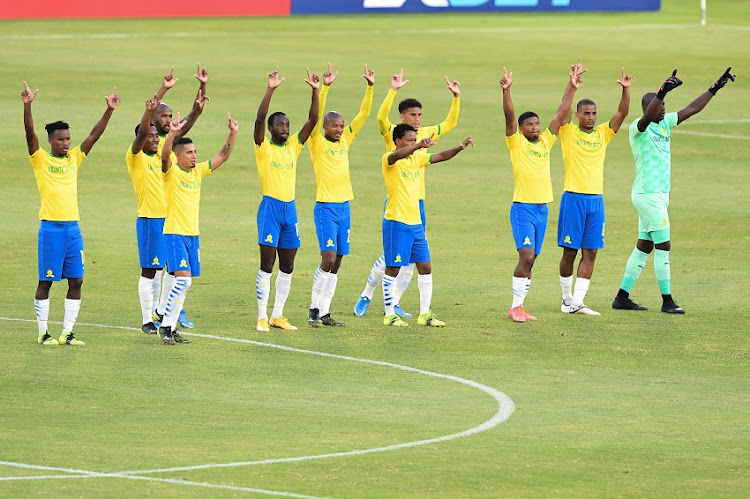 Mamelodi Sundowns co-coach Rulani Mokwena had only praise for the job done by Ricardo Formosinho at Al-Hilal after Friday’s 0-0 Caf Champions League draw in Omdurman‚ Sudan.

And Formosinho‚ an ex-assistant to Jose Mourinho‚ returned the compliment saying Sundowns “play like the big teams in England”.

Mokwena noted after the Sudanese outfit mostly outplayed Sundowns in Friday’s Group B encounter at Al-Hilal Stadium‚ and were unfortunate to have to settle for a point‚ that in a few weeks Formosinho has made an impressive mark on the club.

“First‚ let us also give huge congratulations to coach Ricardo and his team. It’s fantastic that Africa can recruit coaches of his calibre‚ with his technical staff‚” Mokwena said in the post-match press conference.

“[They have] huge experience. A lot of quality and working at the highest level. So we knew‚ watching videos and getting data that the team had improved a lot within the few weeks.

“It’s not always easy to give a team your blueprint as a coach‚ and particularly with him‚ within the short space of time that he’s done it. But clearly when we did our analysis we could always see that there’s a game model‚ a way of playing.

“And even the numbers supported what we saw‚ because since he’s arrived possession statistics have gone to about on average 63 percent‚ compared to what was 46 percent – so that was huge.

“So we knew we had to play very strong‚ and when we didn’t have possession that we would have to work a bit‚ keep compact‚ deny them spaces behind us.

“And maybe in certain moments in the first half we dropped off too early. And also we struggled a bit to deal with their diamond in the midfield‚ which caught us slightly by surprise‚ although they had played it before.

“But much better in the second half where we engaged better‚ we pressed a higher.

“ … And once more congratulations to coach Ricardo and his technical staff – huge improvement from what we played against before.”

Sundowns‚ who beat Hilal 2-0 in Pretoria in February‚ were assured top place in Group B and played a mixed-strength team in Sudan.

Formosinho returned Mokwena’s praise‚ saying from what he had observed in his research on Downs‚ who had won four from four before Friday’s draw took the Brazilians to 13 points‚ the Brazilians play highly technical‚ impressive football.

“Congratulations because you play your team like the big teams in England‚” he said‚ addressing Mokwena.

“Your movement‚ your wingers coming inside‚ your strikers from behind – congratulations‚ perfect. Like Tottenham‚ like Liverpool [were] before. Your team plays like the big teams in England.

“It’s the movement like the big teams‚ like Jurgen Klopp and Jose Mourinho. You can see‚ the striker comes back and opens the space.”

Sundowns’ final group game is against Algeria’s CR Belouizdad‚ who went to six points with a 2-0 win against TP Mazembe on Friday‚ at Loftus Versfeld on April 9. Hilal have four points and Mazembe two.