'He might not be playing at his club, but we know his quality' 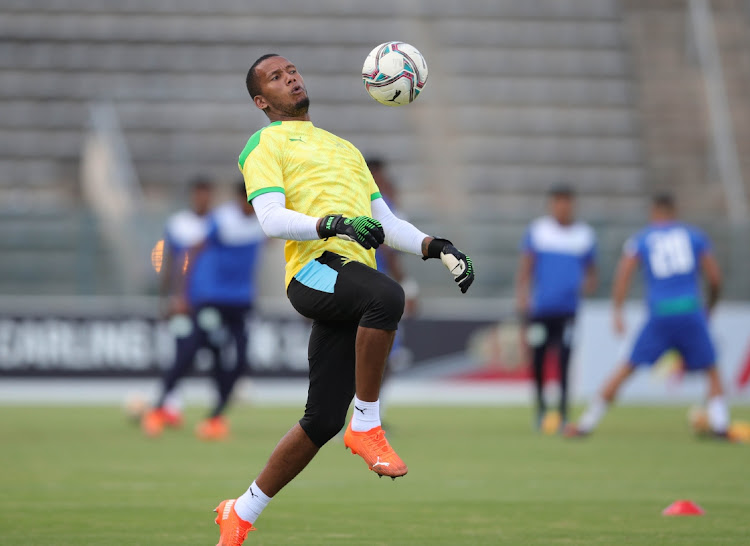 SA Under-23 coach David Notoane has explained his decision to add overage Mamelodi Sundowns goalkeeper Ricardo Goss to his 24-man squad preparing for the upcoming Tokyo Olympics in Japan.

For some with no knowledge of Olympics football rules and regulation, the selection of Goss, 26, has raised eyebrows. Some have even questioned his selection based on the fact that Goss plays second fiddle to Sundowns first choice keeper Denis Onyango, and hardly ever gets a chance to play.

Following the Games’ postponement due to Covid-19 last year, Fifa extended the age limit of the under-23 Olympics contest to 24. The Games start from July 23 to August 8.

Even before the unprecedented age-limit increase, enforced by the year-long postponement of the Games, teams in the Olympics football tournament had been permitted to select three overage players. Notoane has indicated that, as a result, Goss had always been earmarked as one of the overaged players the SA squad would travel to Tokyo with.

“We’ve always indicated that there are over-age players that we’re trying to integrate as we build up. So, we brought him (Goss) for that specific reason. He’s part of our options to consider,’’ Notoane revealed.

“He might not be playing at his club, but we know his quality. It’s important to start integrating these over-age players with the squad early because it can be disastrous to pick them up at the eleventh hour.’’

Notoane’s squad is in camp in Durban is only made up of local-based players.

Without giving much away, Notoane also revealed their desire to maximise the option to add three overage players.

“We have earmarked quite a few overage players we could go with to the Games and whenever there’s an opportunity to call them up to the camp, we’ll do so.’’

In the 2016 edition of the Olympics, hosted by Brazilian city of Rio de Janeiro, SA selected Kaizer Chiefs’ duo of Itumeleng Khune and Eric Mathoho as the only older players.

Khune’s selection sparked controversy as many felt it was unfair to the side’s then No1 Jody February, who was the hero of the team’s third-placed finish at the CAF U-23 Afcon in Senegal the previous year.

As they failed to secure friendlies against other countries, owing to Covid-19 complications, Notoane’s boys will gauge their state of readiness against Golden Arrows tomorrow (3pm), before facing Maritzburg United three days later.

South Africa Under-23 national team assembled in Durban on Sunday as they continue preparations for the Tokyo Olympic Games.
Sport
4 months ago

Bafana Bafana coach Molefi Ntseki’s own squad plans have not just been thrown into disarray by European clubs refusing to release players‚ but also ...
Sport
4 months ago
Next Article