U17 coach Khumalo disappointed with cancellation 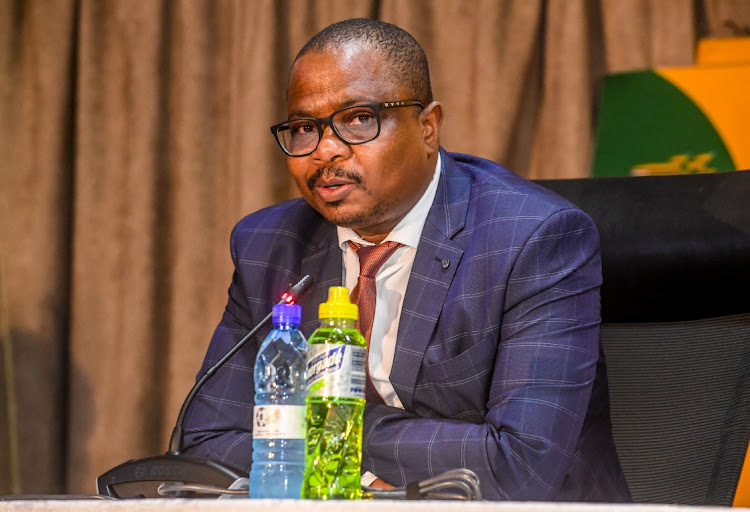 The cancellation of this year’s Under-17 Africa Cup of Nations may have left the SA Football Association (Safa) counting costs, but there’s a glimmer of hope that the Confederation of Africa Football will reimburse them.

On Monday, CAF confirmed the U-17 Afcon, that was to be hosted by Morocco from Saturday to March 31, had been scrapped due to that country's concerns with Covid-19.

The SA side had been in camp preparing for this showpiece as far back as February 26. This means Safa forked out some significant amount of money in accommodating the players. Other expenses range from booked flights and accommodation in the north African country.

Speaking to Sowetan yesterday before jetting off to Morocco for Friday’s CAF congress, Safa chief executive Tebogo Motlanthe couldn’t disclose how much they took out of their pocket to get ready for the junior Afcon, insisting they were still counting the costs.

“We’re still counting how much we’ve spent. Remember this [the cancellation of the tournament] was only communicated to us this morning. After counting we’ll decide if we claim the money from CAF or what we do. But of course there’s a possibility of us claiming from CAF,'' Motlanthe said.

Amajimbos coach Vela Khumalo couldn’t hide his disappointment at the cancellation of the tournament. The junior national side trainer lamented that all the hard work went down the drain. Even so, Khumalo sounded positive most of his boys will graduate to the U-20 team.

“This is a disappointment not just for me, but more especially for these boys [his players], who were so looking forward to the tournament. This is after all the hard work, the planning and preparation that had been put in place,’’ Khumalo stated.

“There are some very, very talented boys in this group and they must now look to take that next step. It is a difficult moment for them, very tough, but they must keep working hard. I think most of them will succeed [in their careers]. The next step is to make the Under-20s.’’

The SA national under-17 squad are the latest local team to be affected by stringent travel protocols the Morocco government has imposed on SA and ...
Sport
10 months ago

The decision on whether the South African Football Association (Safa) will bid to host the inaugural Caf Women’s Champions League 2021 will be ...
Sport
10 months ago
Next Article