Bakgakga want to finish in top 8 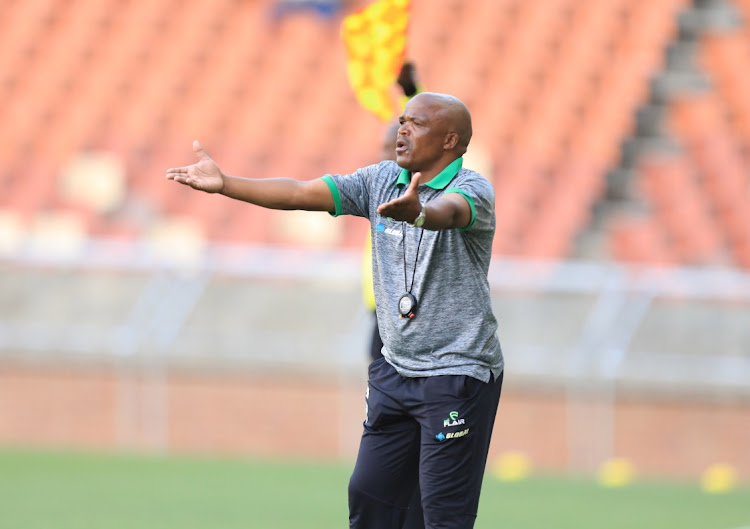 Baroka are hoping to complete the league double over Stellenbosch when they meet in the DStv Premiership at the Peter Mokaba Stadium today (5pm).

The Limpopo-based outfit won the first round meeting 3-2 in a five-goal thriller at the Danie Craven Stadium in the Western Cape in January. Baroka coach Thoka Matsimela wants to take six points off Stellies and he says that his team is going into the game high on confidence.

Bakgakga are unbeaten in their last two league matches and they kept a clean sheet for the first time this season when they drew 0-0 against Golden Arrows in their previous league outing.

The Mother City-based side defeated Cape Town City 2-1 in the Cape derby last week. Bakgakga are ninth on the log table with 21 points from 18 matches, while Stellies occupy 12th place with 18 points from 17 matches.

“The mood is high in the camp. We are determined to take six points off Stellenbosch. We sweat for a 3-2 victory in the first round and we want to beat them again. We are playing at home and want to reach our goal of finishing in the top 8. The clean sheet against Arrows is a big thing to us and we want to keep another one. We are playing at home and we have to win the game at all costs," said a hopeful Matsimela.

Matsimela told Sowetan yesterday that losing the game is non-negotiable and that his players would not underestimate Stelllies. Baroka won their last home league game 2-1 against provincial rivals Black Leopards 2-1 and they promised what they did to Leopards to Stellies.

The outspoken Matsimela said he does not want to look over his shoulders and leave things until the last minute.

Last season, they survived relegation on the last day of the season when they played out to a 1-1 draw against Kaizer Chiefs at the Milpark Stadium.

“You do not want to leave it until the last five games before you start collecting maximum points. We want to climb into the top eight and ease the pressure on ourselves starting with the Stellies game. We have to win this game to take a step closer towards achieving our goal of finishing in the top half of the log table. No disrespect to Stellies, but we are the home team and we have to take the initiative and go for the maximum points from the onset," added Matsimela.

Baroka have a score to settle with Arrows

Baroka thought they were home and dry when they played against Golden Arrows in their DStv Premiership first-round meeting in November.
Sport
8 months ago

Now that they have found their winning combinations, TS Galaxy have improved their target of retaining their Premiership status to a top-eight finish ...
Sport
8 months ago

In his tactically shrewd self, Mamelodi Sundowns co-coach Rulani Mokwena has narrated why the exercise of studying Baroka was fascinating, disclosing ...
Sport
9 months ago
Next Article