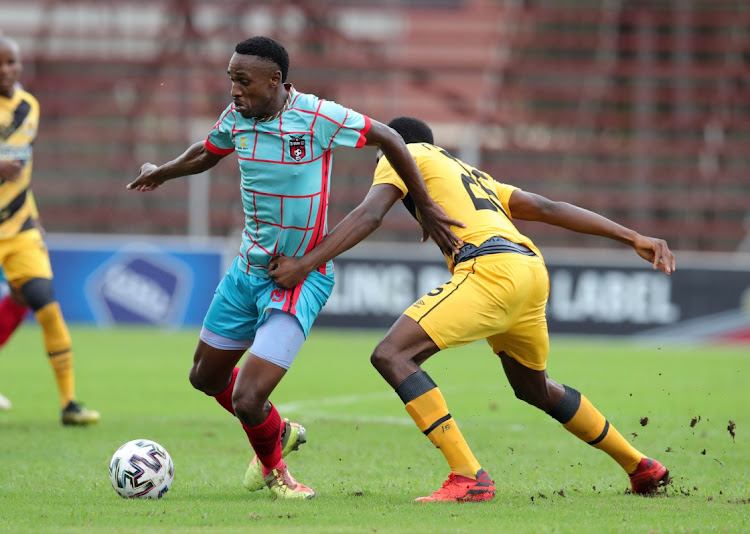 Now that they have found their winning combinations, TS Galaxy have improved their target of retaining their Premiership status to a top-eight finish this season.

The Rockets are currently enjoying a good run as they are unbeaten in seven matches in the DStv Premiership and moved to eighth on the log table with 23 points from 18 games.

Striker Mxolisi Macuphu said they aim to maintain their place in the top eight and plan to remain there until the end of the season.

“The target has been simple. It was to retain the status to be here next season. But when you put hard work into it, you get that, now we are in the top eight, and we had to refresh our goals,” Macuphu told Sowetan yesterday.

“So, staying in the top eight would be a great achievement for the team. Now we need to maintain the same momentum to achieve that.”

Galaxy will host struggling Black Leopards at Mbombela Stadium tonight (5pm), hoping to continue their impressive run and maintain their place in the top eight.

They have already defeated Leopards this season away and are planning for a double.

“We played Leopards three or four weeks ago when they were number last, and we took three points away from them,” Macuphu said.

The 31-year-old has also praised coach Owen da Gama for changing the attitude of the players. When Da Gama took over in January, Galaxy were battling in the relegation zone, but he managed to guide them to a top-eight place now.

“He has installed the courage in the players. The fighting spirit that we have now and before is different.

“We had to adjust to his philosophy quickly. I mean, at some point, we were last on the log. So, we had to change the situation. As a professional player, a coach can come, and it is up to you as a player how you want to take it.

“But you always want to take it positively and try to achieve the goal. A goal of TS Galaxy was not to be relegated, but to survive in the first season.”

Maritzburg‚ Middendorp and Moseamedi lie in wait for Kaizer Chiefs

Maritzburg United will be looking to double their wins gained against Kaizer Chiefs in the DStv Premiership this campaign this season when they host ...
Sport
9 months ago

Arrows have chance to sneak past Orlando Pirates into second spot

Golden Arrows coach Mandla Ncikazi does not want his players to be distracted by the fact that they will climb to second spot on the standings if ...
Sport
9 months ago

Dan Malesela insists that he's still on course to take struggling Chippa United into the DStv Premiership's top eight despite losing 3-0 to Orlando ...
Sport
9 months ago
Next Article