Kaizer Chiefs now off to Ouagadougou 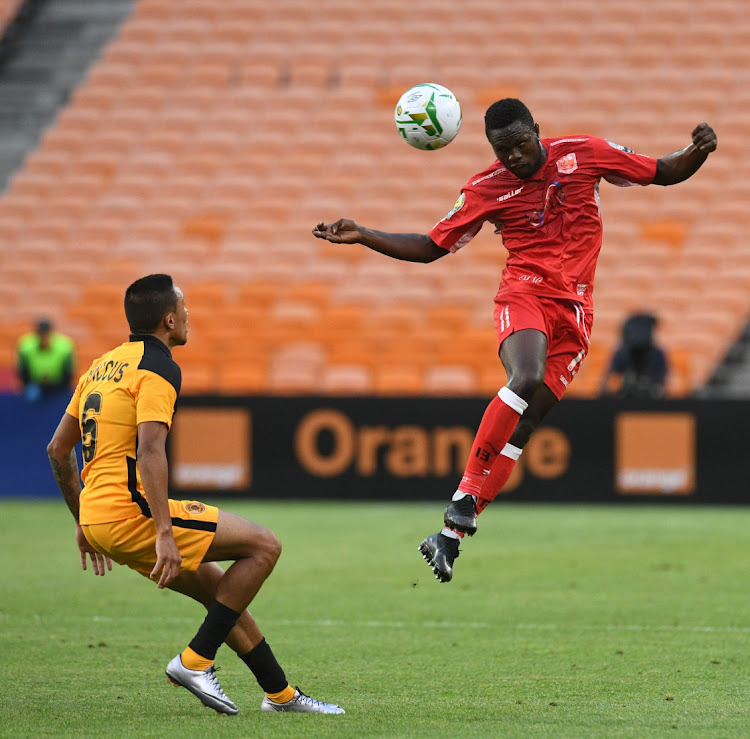 Alseny Camara of Horoya AC challenged by Kearyn Baccus of Kaizer Chiefs during the 2021 CAF Champions League match between Kaizer Chiefs and Horoya AC on the 23 February 2020 at FNB Stadium.
Image: Sydney Mahlangu/BackpagePix

Gavin Hunt is encouraged with the way Kaizer Chiefs have developed mentally in their last few matches despite failing to win in seven games now.

Hunt was pleased with how his side performed during their goalless draw against Horoya AC in their first match of the CAF Champions League group phase at FNB Stadium on Wednesday.

The draw left Amakhosi third on Group C with a point after a single match, while Horoya are first with four, followed by Waydad Casablanca, who have collected three.

“As I said, when you are not winning, you have to work a little bit harder sometimes, which I tried to explain to the players,” Hunt told the media after the match.

“It is not going to come easy. But I thought the mentality was good. It was good on Saturday [against SuperSport United during their 1-1 draw]. You know, they are giving me two good games. That's a good thing.

“Even last week [against AmaZulu], we were okay at times, but we are getting much we can from the group we got. We need to get more, we know that but they worked hard and it is important for me.”

Chiefs will travel to Burkina Faso to play Wydad at Stade du 4 Aout in Ouagadougou on Sunday, and Hunt is backing on their away form to spur them again as they look to collect their first three points.

“We knew this game was going to take place. Either way, it was just a question of where. One country I have never been to is Burkina Faso. I have been everywhere else,” Hunt said. “This is going to be new. I will have to look at the pitch. That's the important thing. But it puts them on the back foot as well. They are the strongest side in the group, I think, with the experience.

“Hopefully, we can get a positive result there. We are struggling here. Away from home, we are much better.”

Meanwhile, Horoya coach Lamine N'Diaye feels anyone in the group can still qualify for the knockout stages as there is no home advantage.

Kaizer Chiefs extended their winless run to seven matches in all competitions after they played to a goalless draw against Horoya Athletic Club in ...
Sport
1 year ago

Kaizer Chiefs coach Gavin Hunt has a good idea what to expect from his team's Caf Champions League Group C opponents Horoya at FNB Stadium on Tuesday ...
Sport
1 year ago
Next Article