Horoya get key away point to remain top 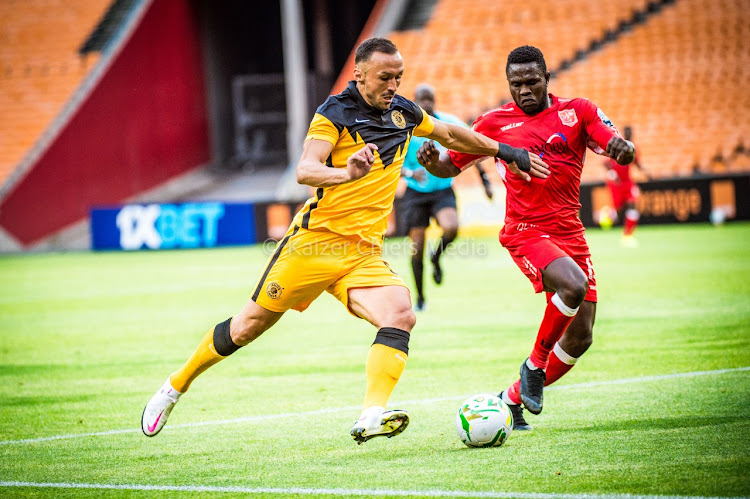 Kaizer Chiefs were unable to profit from their chances and having to settle for Tuesday evening's 0-0 against physical Horoya AC in their opening Caf Champions League Group C campaign.
Image: TWITTER/KAIZER CHIEFS

Kaizer Chiefs extended their winless run to seven matches in all competitions after they played to a goalless draw against Horoya Athletic Club in their first match of CAF Champions League group phase at FNB Stadium last night.

Chiefs were the better of the two sides, and created enough chances in the second half, but failed to convert them and would feel hard done by by the results.

After their first match against Wydad Casablanca was postponed last week due to visa issues, Amakhosi were looking to get their campaign off to a perfect start with a win at home, but it was not to be.

They would be disappointed that they failed to use their home ground advantage and collect all the points, which would have seen them become joint leaders with Horoya, and Waydad, who won at Petro de Luanda also yesterday.

Guinean giants Horoya came into the fixture sitting on top of Group C after starting their campaign with a 2-0 win over Petro in their opening match.

Naturally, they were happy with an away point last night.

Amakhosi started the brighter of the two as they looked to take an early lead but could not create decent scoring opportunities earlier on with strikers Leonardo Castro and Samir Nurkovic afforded little time on the ball by Horoya defence.

Horoya, who made it clear that they came here for a point, sat back and waited for counter-attacks. They did have a breakthrough at the half-hour mark. Mandela Ocansey saw his attempted chip sail wide of the target, with Itumeleng Khune way off his line.

Chiefs upped the tempo in the second half with Castro and Nurkovic now finding spaces behind the Horoya defence. Nurkorvic thought he had the ball in the back of the net twice inside 10 minutes after the restart, but both goals were ruled offside.

Chiefs will hope for better results when they meet Waydad at August 4 Stadium on Sunday in Burkina Faso.

Mohammad Anas scored a late winner at Sugar Ray Xulu Stadium to see Lidoda Duvha move off the foot of the table. Anas had opened the scoring in the first half only for Michael Gumede to pull Arrows level. But Leopards had the last laugh as Anas sealed a much needed win late on.

Kaizer Chiefs coach Gavin Hunt has a good idea what to expect from his team's Caf Champions League Group C opponents Horoya at FNB Stadium on Tuesday ...
Sport
1 year ago

Castro: It's all about winning at home

Kaizer Chiefs striker Leonardo Castro has emphasised the importance of taking advantage of playing at home as they start their first ever CAF ...
Sport
1 year ago
Next Article