Keeper an example to youngsters – Tembo

Williams' century proof of his dedication 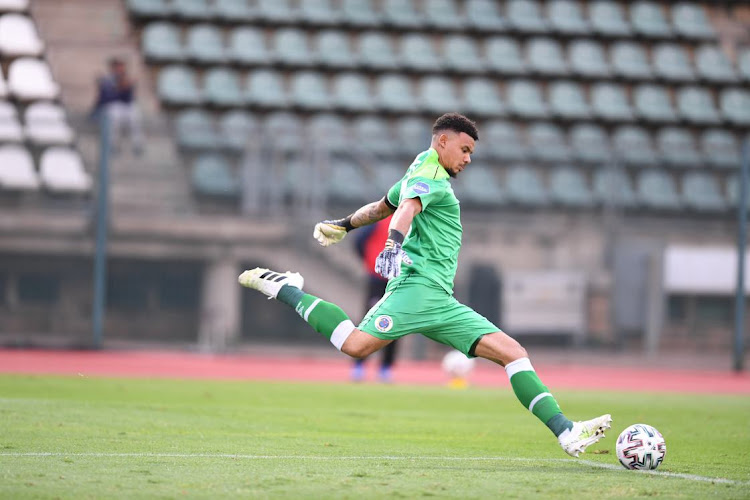 In the wake of SuperSport United skipper Ronwen Williams reaching a milestone of becoming the first player in recent Premier Soccer League (PSL) era to start 100 consecutive games, his coach Kaitano Tembo has urged youngsters at the club to take a leaf out of the goalkeeper’s book.

Williams started his 100th game in a row in Matsatsantsa’s shirt in their 1-1 draw at home to Swallows at the weekend. Lucky Mohomi was on target for the hosts, while Joseph Mhlongo scored Swallows’ equaliser later on at Lucas Moripe Stadium.

Tembo reflected on how Williams reached his milestone. The Matsatsantsa trainer feels the Bafana Bafana shot-stopper is an embodiment of dedication and a “true reflection of a SuperSport player”.

“I have known him since he arrived at the club when I was still playing ... towards the end of my playing career,” said Tembo.

“I ended up also coaching him at the academy, the Under-17s. I am happy he’s reached this milestone and he really deserves it and he deserves to be our captain.”

“We use him as a guide to the younger players from the academy to the first team. He’s a true reflection of what we expect from SuperSport United players,” noted Tembo.

On the Swallows game, Tembo had reservations about referee Eugene Mdluli’s decision to disallow Sipho Mbule’s goal later on. Mbule’s goal didn’t stand on the basis that Bradley Grobler fouled a Swallows player before flicking the ball for Mbule.

“I am not so sure about the call that was made by referee [Mdluli] from the goal that was scored by Mbule. I’d have to watch it again and see what really happened there because I thought it was a legitimate goal,” said Tembo.

SuperSport United coach Kaitano Tembo prefers to be chased instead of chasing in the DStv Premiership title race. Matsatsantsa a Pitori are ...
Sport
11 months ago

Giving up isn't in our character – Truter

Orlando Pirates, Mamelodi Sundowns and SuperSport United, to mention but a few teams, can attest that Swallows are the DStv Premiership’s comeback ...
Sport
11 months ago
Next Article