Amakhosi eyeing three wins in a row since striker's comeback 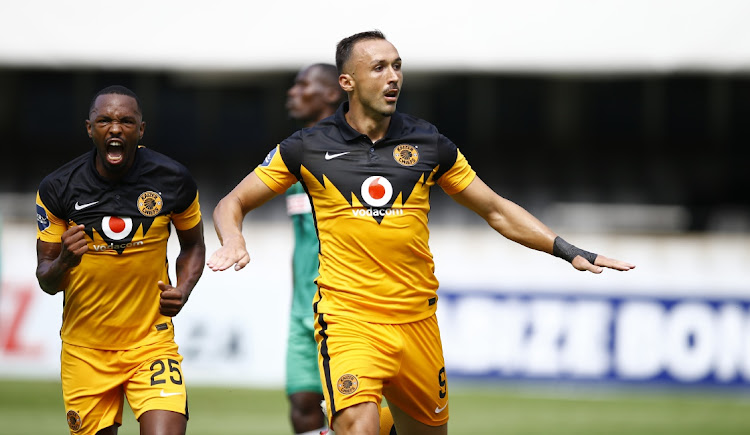 Ever since Samir Nurkovic made his return to the playing squad at Kaizer Chiefs, the confidence among the players has improved noticeably.

Nurkovic returned to action against Maritzburg United two weeks ago, coming on as a sub, after four months on the sidelines with a groin injury.

The Serbian didn’t take long to make his mark as he found the back of the net in his first start against AmaZulu to help Chiefs win 1-0 last week.

He then followed that up with an assist in Chiefs' 2-1 victory against Cape Town City at the weekend to ensure that Amakhosi recorded successive victories for the first time this season.

With him now available and fit, and confidence high, they have the opportunity to make it three successive victories when they host Tshakhuma Tsha Madzivhandila (TTM) at FNB Stadium tonight (5pm).

Nurkovic has urged his Chiefs teammates to display the fighting spirit they showed against AmaZulu and Cape Town City tonight.

“The team is working hard. We are not giving up on anything. We have to use this momentum moving forward,” Nurkovic told the club's media department yesterday.

“One game at a time, and we have to give our best in every game to achieve what we want. We don’t have a lot of time to think about the opponents. We have to think about ourselves and our play. We have to continue with our good fighting spirit what we showed in the last two games.”

A win for Chiefs tonight would see them register their first full points at home and move to seventh on the log table above Stellenbosch.

The 28-year-old striker will look to carry on his good run of form so that they can continue to climb the table.

“My job is to be up front and score goals. Thank God I scored that goal [against AmaZulu] after a long time, and the feeling was unbelievable. And I’m happy that I contributed to the victory,” Nurkovic said.

“It felt fantastic to be back on the field after a long time with surgery and four months of recovery sessions and all that. I’m happy to be back and help the guys.”

Nurkovic also thanked the club's technical team for their role in his recovery. “Doctors and the technical team, they were helping [me] in that process of four months' recovery. Two months was about easy sessions and after that it was physios and all that stuff. We were preparing ourselves that once I feel better and I come onto the field, then I can give 100%.”

Fixtures (all at 5pm)

Anthony Akumu was never a midfielder‚ Gavin Hunt has said of the Kenyan he has successfully converted to centreback in times of need at Kaizer Chiefs ...
Sport
8 months ago

Despite two successive victories against AmaZulu and Cape Town City on the road last week, Kaizer Chiefs coach Gavin Hunt insists his side are far ...
Sport
8 months ago
Next Article