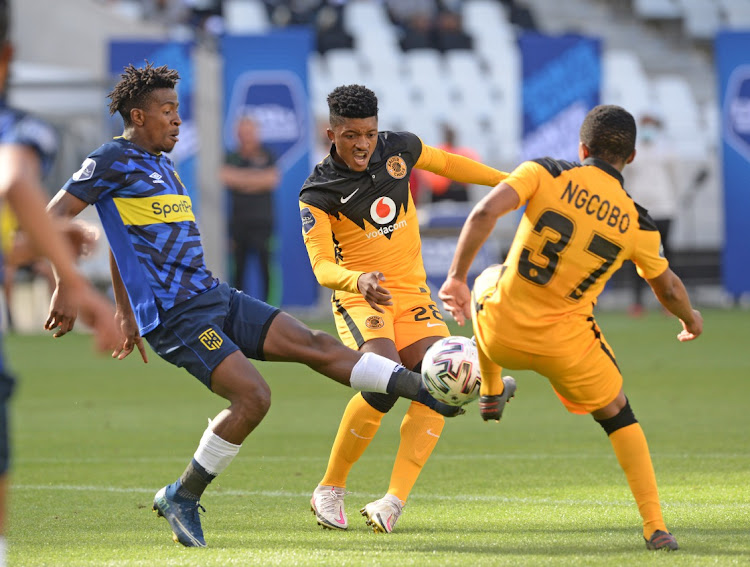 Despite two successive victories against AmaZulu and Cape Town City on the road last week, Kaizer Chiefs coach Gavin Hunt insists his side are far from turning the corner following a horror start this season.

Chiefs ended their successful week with a hard-fought 2-1 victory over Cape Town City at Cape Town Stadium with early goals from Nkosingiphile Ngcobo and Happy Mashiane, ensuring they took all three points.

The win was Amakhosi's third this season in 11 DStv Premiership matches, but Hunt’s focus at the moment is to improve their home record.

All three victories were on the road and Chiefs have the opportunity to register their first win at FNB Stadium when they host out-of-sorts Tshakhuma Tsha Madzivhandila tomorrow (5pm).

“Our home record has been a disaster this season, so we are back at FNB on Tuesday, and hopefully we can try to turn it around,” Hunt responded when asked if he feels they have turned the corner.

“It will take a big effort [to turn it around]. We will only get back tomorrow [yesterday], so we only have Monday, and there is no training, and then we play on Tuesday. Then we come back here on Saturday [to face Stellenbosch], it is crazy.

“The [CAF] calendar for us is [difficult]. People say this is the first time the club qualified [for the Champions League group stages], but it takes a lot out of you with the squad we have.”

Hunt said the plan now was to continue to get as many points as possible and climb the ladder.

“As I said, we are playing every three days. We are playing on Tuesday again, so it is crazy for us. We will try to get over this, try to recuperate, see what we got and try to go again.

“It is difficult. Once we got the two goals, we had to dig in. It was one of those performances. It wasn’t pretty to watch, but if you look at the league table, we were at the bottom, so where we are, we have to keep going.”

Hunt was also pleased with the performance of defensive midfielder Akumu Agay, who has been playing in the heart of defence recently in the absence of Eric Mathoho.

“He played four games [at the back] because we have a few problems. So he has done well. I think he was excellent again, and may it long continue.”

Fixtures (all at 5pm)

Kaizer Chiefs coach Gavin Hunt said once his team had their two early goals against Cape Town City, given their programme, and tiring players, they ...
Sport
1 year ago

Having notched one win in their first nine DStv Premiership games, Kaizer Chiefs will be much bolstered by a second victory in succession this week, ...
Sport
1 year ago
Next Article