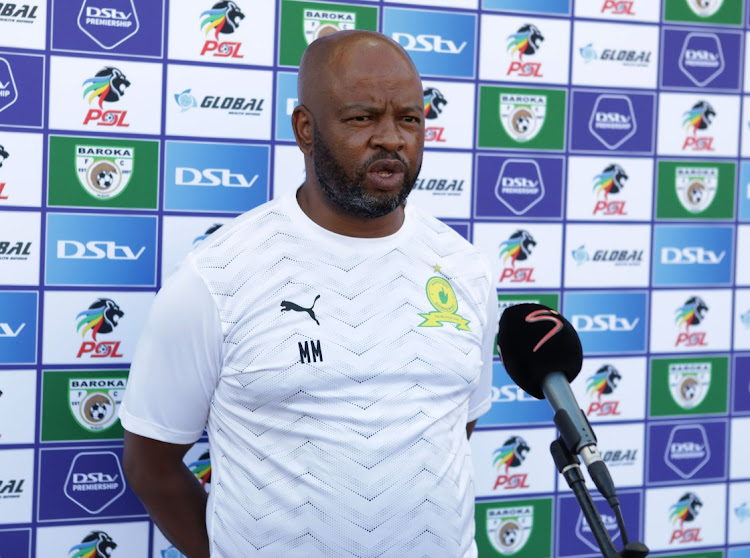 Since playing the MTN8 final, which they lost 2-1 to Orlando Pirates in December, Bloemfontein Celtic’s form has dipped drastically.

As vulnerable as Phunya Sele Sele are at the moment, they still give Mamelodi Sundowns co-coach Manqoba Mngqithi nightmares ahead of the two sides’ meeting in a Dstv Premiership clash at Lucas Moripe Stadium this afternoon (5pm).

The ever-diplomatic Mngqithi has made it clear that they’d have preferred to face an in-form Celtic than the one struggling with form, stressing the Free Staters are dangerous when they are struggling with momentum.

“We know it won’t be easy. They haven’t been doing exceptionally well in recent times, but they are more dangerous when they are like this. Celtic are a hard-running team,’’ said Mngqithi, who steers the Brazilians ship alongside Rulani Mokwena.

“You would want them to come at you when they have a little bit of momentum, but when they’ve been struggling they have a tendency of coming up against bigger teams and cause a problem.’’

He further insinuated that today’s clash gives them a shot at revenge as Celtic dumped them out of the MTN8 by beating them 1-0 in their backyard, the Lucas Moripe Stadium, last October in the tournament’s quarterfinals.

“It’s a very tricky affair. They [Celtics] are the ones that took us out of the MTN8. We know the quality they present in their tactical play. Their structure is a little bit awkward, so it will be a fight,’’ noted Mngqithi.

The Brazilians will head into this match motivated after the league declared them as Q-Innovation quarter one winners yesterday. After the first eight matches of the Dstv Premiership, both Sundowns and second-placed Swallows garnered 18 points each, with the Tshwane giants enjoying a superior goal difference, hence they won the Q1 ahead of the Birds.

Champions Mamelodi Sundowns have a squad that is the envy of most coaches in the league but mentor Manqoba Mngqithi does not want to be drawn into ...
Sport
1 year ago

Mamelodi Sundowns may be unbeaten in the DStv Premiership so far, but according to the club’s co-coach Manqoba Mngqithi the notion of being ...
Sport
1 year ago
Next Article