Striker hopes to win trophies with the team 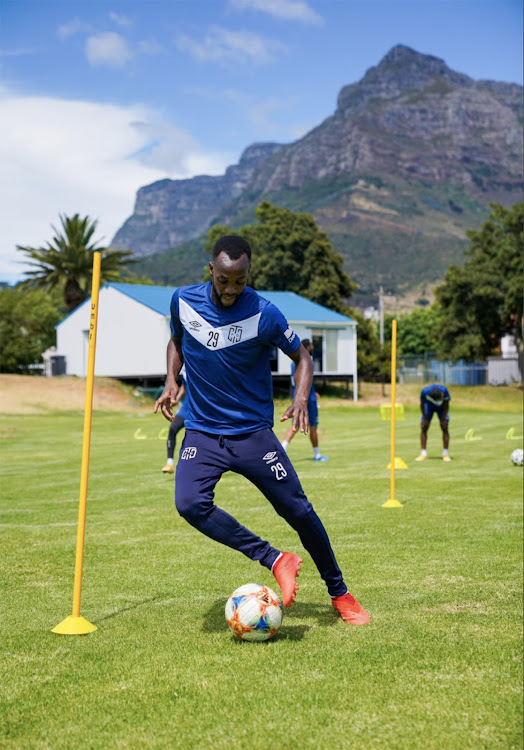 Yesterday, City confirmed they had reached a transfer agreement with Tshakhuma Tsha Madzivhandila (TTM) for the acquisition of Shonga. The 24-year-old Zambian international penned a deal that runs until June 2024.

Comitis believes Shonga will prove an astute addition to the squad. The City boss is of the view the ex-Orlando Pirates striker will finally fill the gaping void left by Erasmus, who was sold to Mamelodi Sundowns last October.

“We need mobile strikers. The way we play, we need very mobile strikers and we’ve got  players in the last third that retain the ball. At the end of the day we had to replace Kermit,’’ Comitis told Sowetan yesterday.

“Unfortunately [Prince] Opoku [who joined from his native Ghanaian side Medeama last October] seems to be a different type of a striker. He’s a striker that holds the ball up, and we needed somebody who’d get behind the defenders and that’s what Shonga represents. He’s a replacement for Kermit.''

Since Erasmus’s exit, City have been struggling with a reference point upfront, compelling them to resort to midfielders like Mduduzi Mdantsane and Thabo Nodada for goals. The duo already boast 10 league goals between them. Mdantsane has netted seven times, while Nodada has three goals.

“We could beat teams just purely by scoring enough goals. Now we score two goals and we don’t win [perhaps referring to their last Saturday’s 2-2 draw away to TTM, where they surrendered a two-goal cushion to eventually settle for a stalemate] but with a guy like Shonga it’s possible to score at least three goals in one game,’’ said Comitis.

As the Premier Soccer League transfer window only opens on Friday, Shonga won’t be registered until then.

“He’ll start to be available on the 15th of this month. We have a match on the 16th and hopefully he will be involved in that game [at home to Kaizer Chiefs],’’ said Comitis.

Meanwhile, Shonga also expressed his gratitude to City chairman Comitis for bringing him to the club. The ex-Pirates striker aims to win cups with City.

"I’d like just to appreciate the chairman of the club [Comitis] for taking it into consideration to sign me. Cape Town City is a good club. They’ve got good players and I am so excited to join the club. I am looking forward to fitting into the team, have a good time and work hard with the team,’’ said Shonga.

"[I’d want to] win trophies with the team because they have good reputation in terms of winning. We’ll work hard for the people of Cape Town.’’

The days of the vibrant and eminent Cape Town City mascot, Mateo Manousakis, look to be over at the club.
Sport
11 months ago
Next Article