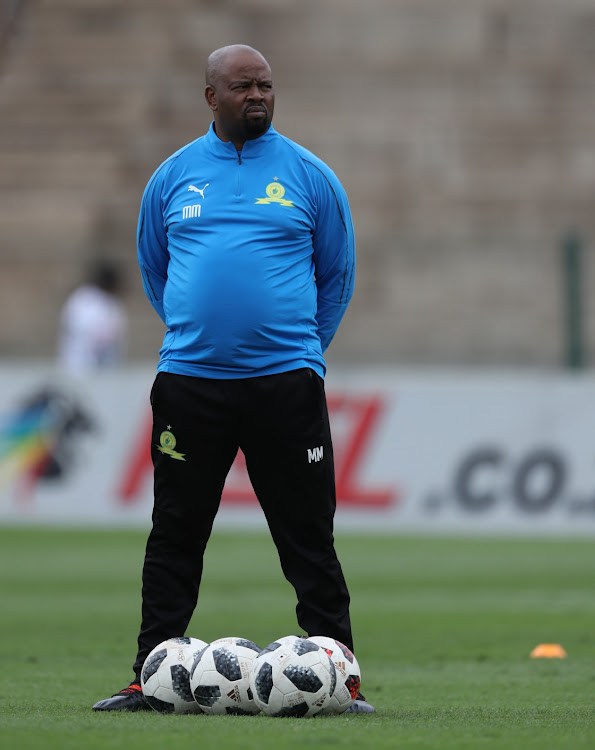 If there is one thing Mamelodi Sundowns co-coach Manqoba Mngqithi wants to see the club improve, it is being clinical in front of goals.

Mngqithi feels his side has not been clinical enough recently despite scoring three goals against Jwaneng Galaxy in the CAF Champions League to win 5-1 in aggregate at Loftus Versfeld Stadium on Tuesday and advance to the group stages.

The coach wants his side to score more goals from the chances they create, and this is something he will be working on ahead of their DStv match against Baroka FC at Peter Mokaba Stadium on Saturday.

“It was not the most exciting game to watch for me as a coach, but I was encouraged that at least we managed to score three goals even though I believe we could have scored more,” Mngqithi told the media after the match.

“We are still not as clinical as we would like in front of goals but happy to have progressed to the group stages.”

What is pleasing for Mngqithi is to see the contribution of the new signing Mothobi Mvala, who netted twice against Galaxy in the first leg in Botswana and the return leg.

“He is a good player for the Champions League, I’m sure you can see that, and that’s the reason why he was signed because we knew when we fight in Africa, he is one of the players we will need,” Mngqithi said.

“He scores five or six goals per season, and that is very important when you have a player who is playing as a midfielder, and he contributes immensely on set pieces.

“But we are just excited to see him not crumbling because, at times, most of the players, when they join Sundowns and are not getting any game time, they get disillusioned, and they start to get all this negative information and lose focus.

“But he is a very good boy. He has been working silently behind the scenes, and we are all excited about what we are getting from him. We believe he can still do more on what he is doing.

“But there are a lot of positives that we are gathering from him. We hope to make him a better player because physically, he gives you everything that you need.”

Mamelodi Sundows coach Manqoba Mngqithi is expecting big performances and goals from imposing midfielder Mothobi Mvala on the domestic front and in ...
Sport
1 year ago

Mamelodi Sundowns booked a place in the group stages of the Caf Champions League with a 3-1 first round, second leg win over Jwaneng Galaxy of ...
Sport
1 year ago
Next Article