Fighting Chippa claw share of spoils against SuperSport in Atteridgeville 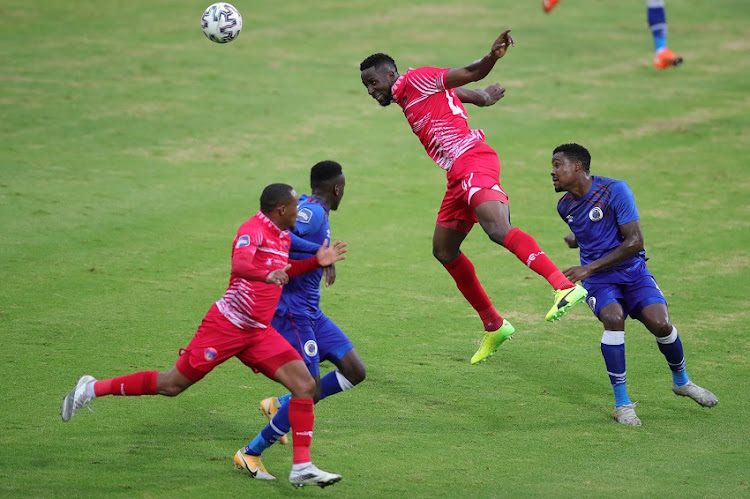 Chippa United played far from polished football in Dan Malesela’s return to the helm of the struggling club‚ but they certainly put up a fight to deny SuperSport United maximum points at home in Wednesday evening’s 2-2 DStv Premiership draw.

In unseasonably chilly‚ wet conditions for a Highveld summer Andile Mbenyane gave Chippa a 38th-minute lead at Lucas Moripe Stadium that came decidedly against the run of first-half play. League top scorer Bradley Grobler's headed equaliser in the 49th was a thing of technical beauty.

SuperSport made their lives difficult conceding Chippa’s soft opener‚ and the battling Chilli Boys – fairly disjointed in just Malesela's first match in charge of his fourth stint back at the Port Elizabeth team – put up a fight.

Chippa‚ though‚ had travelled to Gauteng intent on putting up a fight‚ and midfielder Maloisane Mokhele clawed a goal back in the 87th‚ and a share of the spoils earned to the eastern Cape side from an entertaining game of swinging fortunes.

SuperSport appeared in firm enough control in the first half. They had the best chances by far in the initial exchanges‚ including Chippa midfielder Mduduzi Sibeko’s touch onto his own upright.

SuperSport committed a schoolboy error for Chippa’s opener‚ as Sibeko was hacked down by Sipho Mbule in midfield and the Pretoria side stopping playing – but referee Victor Hlungwani waved advantage.

SuperSport began the second half as they had the first‚ this time profiting with a special goal. Grant Kekana's chip in from right midfield was in the direction of Grobler on the edge of the area with his back to goal‚ who leaned down to a header goalwards that looped 20 yards over the outstretched arm of Mtshali.

Mbule’s fine skill fed Lungu through to shoot across the face.

Again Chippa regrouped off the ropes. Malesela’s teams are known for ball-playing – in his first match back away against intimidating SuperSport Chippa had to be content with getting underfoot.

Eventually‚ though‚ something game. Substitute Jamie Webber’s delivery from a corner from the right was shaped to perfection‚ and Gabuza got up for another quality headed goal past Mtshali.

That could have been the end of it – but Chippa refused to remain on the canvas.

Defender Riaan Hanamub charged down the right and squared for substitute Bienvenu Eva Nga‚ who took the ball wide. The big Cameroonian squared again and Mokhele smacked in another equaliser.