Malesela happy with Chippa’s point: ‘We have to remove the fear of playing football’ 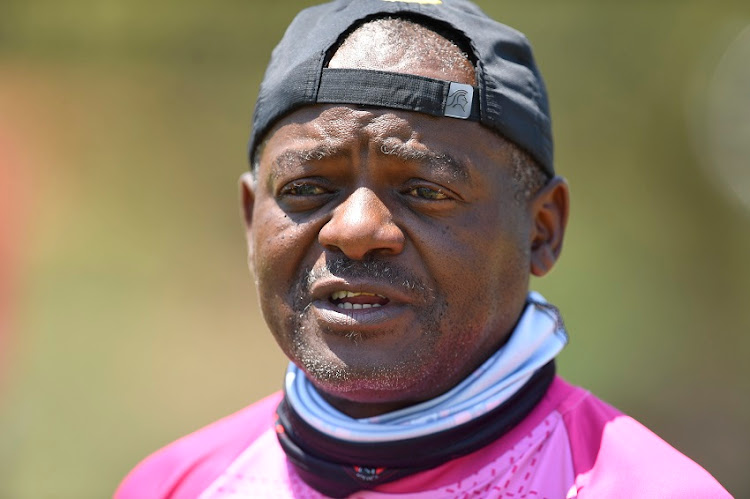 Chippa United coach Dan Malesela has appreciated what he saw in his first match of his fourth stint with the Eastern Cape club‚ the Chilli Boys earning a vital come-from-behind 2-2 DStv Premiership draw away to SuperSport United on Wednesday.

“Some good signs but we still have a lot of mistakes that we are making that we need to correct.

“We’ve got to correct those things [set plays]‚ we’ve got to deal better with the aerial duels and also to avoid conceding corner kicks and free kicks in and around the area.

“We also need to improve our understanding of where we should be during the match when the ball is at a particular place.

“Those are the things that we need to correct but you cannot be selfish and not appreciate that we’ve got a point away.”

Malesela‚ who started this season with TS Galaxy and joined Chippa within a few days of his sacking by the Mpumalanga club‚ said a point in Wednesday’s game was important as his side face six more games in January.

Andile Mbenyane gave Chippa the lead in the first half before Bradley Grobler and Thamsanqa Gabuza’s great headed goals put the home side 2-1 ahead in the second stanza.

“There’s a lot of positive that one can take out of what the players have dished out and one of the biggest things is that we have to remove the fear of playing football. There seems to be a big fear of playing‚” he said.

“We have to have a belief that we can get something out of the match.

“We know that there’s quite a number of games in January and we said to ourselves look we must try and eliminate losing wherever we can so that we can save ourselves from looking back at January and say but we had seven games and look at what we got… it’s not enough.

“We’ve got to try and get as much as we can in January because we have six more games. The response of the players obviously at training has been very good.”

Malesela also spoke of a need to bolster his squad with a few key signings in the next transfer window‚ which opens next month.

“We were always planning to beef up the squad‚” Malesela said. “We’re looking at particular areas but I don’t want to get crazy and just bring in players for the sake of bringing them. I want us to be very selective where we need to beef up.

“Today I also noticed something that has triggered me to add one more player somewhere. So we will try to beef up.

“Players are hard to come by and I’m not going to sign people because I think they’re good‚ to be comfortable or whatever. They need to perform – we want people that will perform.

“There are critical areas that we need to sign people but I’m not going to say now more than the word ‘people’. But if we get a good goalkeeper somewhere‚ then we’ll sign him.”

Chippa visit sixth-placed unbeaten Lamontville Golden Arrows at Moses Mabhida Stadium in Durban on Saturday and Malesela will be keen to avoid defeat as they try to move away from the 14th place‚ where his charges are just one point from the drop zone.