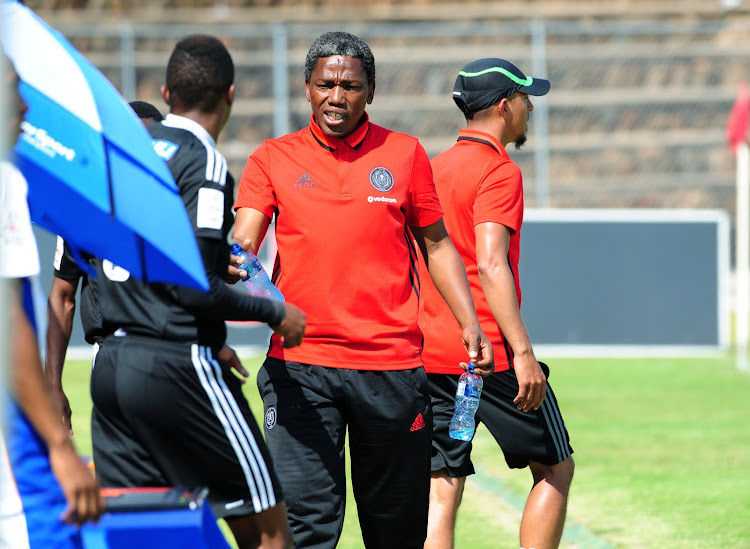 TS Galaxy interim coach Zipho Dlangalala will be looking for an encouraging start to his tenure when they host Baroka FC in a DStv Premiership match at Mbombela Stadium tonight (5pm).

Dlangalala was handed the interim coaching reins last month following the departure of Dan Malesela, who has since rejoined Chippa United.

The club confirmed that Dlangalala would continue as interim until the end of the season.

“A lot of work has been done, from the very first day in the club pre-season and throughout the time until now,” Dlangalala told the club media department yesterday.

“So the efforts are there, players are very committed, and we continue with the mission of the club. It is a new brand we are all committed to and it is clear that we need to build it and make it a force that everyone will look at.

“The players are responding well [to my philosophy]. We know that we have a difficult task. Every team that we play against will be difficult for us. We don’t have a history in the league.

“So there is no reference from last season. We respect every opponent and it is up to us and the players to take the club forward.”

Galaxy found themselves 12 on the log table with seven points from eight matches, two points ahead of bottom side Black Leopards.

Dlangalala is aware that they need to start recording victories if they are to survive relegation this season. They have already registered a single win and want to continue their winning ways against Baroka tonight.

“Whatever we want to do, we can do. We are clear that what happened cannot be changed. But it is in our hands to change the situation around, and that’s what we are committed to doing,” Dlangalala said.

Dan Malesela says he took about five days consulting with members of his family before accepting the position of head coach at Chippa United last ...
Sport
10 months ago

The coaching revolving door continued to swing after Premiership side TS Galaxy showed mentor Dan Malesela the door.
Sport
11 months ago
Next Article