Pirates have lost four finals in a row

Can Pirates stop the final rot? Zinnbauer thinks so 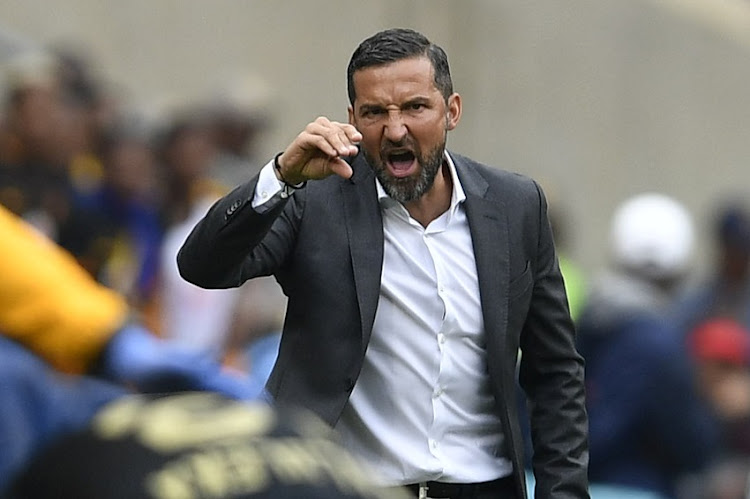 That Orlando Pirates have lost four cup finals in success since their 2014 Nedbank Cup glory, their last piece of silverware to date, is an element that can’t be brushed aside as Bucs head into yet another final at Moses Mabhida Stadium tomorrow (6pm).

Pirates would be eager to avoid a fifth cup final agony at the expense of Bloemfontein Celtic. Tomorrow’s meeting between the Buccaneers and Phunya Sele Sele will be the first in a cup game.

After winning the Ke Yona cup by beating Bidvest Wits in 2014, the Sea Robbers went on to lose four finals in the form of MTN8 to Kaizer Chiefs the same year; Nedbank twice to SuperSport United in 2016 and 2017; and the Telkom Cup to Baroka in 2018 in a row.

Pirates mentor Josef Zinnbauer, who marked his first anniversary at the club yesterday, hopes his troops learnt valuable lessons from losing the past four deciders.

“I think when you lose, it’s a good experience for you. It’s painful [to lose a final] yes, but you must take out only the positives. It’s not important how many players lost the finals before…what is important is that they have to win now,'' said Zinnbauer.

Siyabonga Mpontshane, Happy Jele, Innocent Maela, Vincent Pule and Thembinkosi Lorch are the only players who started the club’s last final – the TKO against Baroka  that are  still part of the team.

The 60-year-old Zinnbauer also confirmed Lorch, alongside Abel Mabaso, will miss tomorrow’s final due to injuries, while Thabiso Monyane was still being monitored by Wednesday.

“We have all players [except] Mabaso [who's] is injured and Lorch is injured as well. Monyane is injured, but there's a chance he can come back [in time for the final tomorrow]," Zinnbauer said.

The Sea Robbers trainer is hell-bent on winning his maiden cup final on SA soil. However, Zinnbauer knows Celtic also want the R8m cup so badly.

“We had, in my first time, a chance and we went to the final, and now we have to do all that we can to win this final. We know we're not alone, we have an opponent and they want the same,’’ said the Pirates coach.

Celtic, meanwhile, will also want to avoid a third cup final loss in succession. They lost to Mamelodi Sundowns in the Nedbank Cup in September, following their 2017 defeat by the now exctinct Bidvest Wits in the Telkom Knockout.

But Phunya Sele Sele can count on the form of Victory Letsoalo to try and make amends, especially as they have already dispatched two cup specialists - Mamelodi Sundowns and SuperSport United, the only teams who won trophies last season - in the previous two rounds of the MTN8.

Orlando Pirates coach Josef Zinnbauer has uncharacteristically spurned the idea  Bloemfontein Celtic could benefit from resting their key players in ...
Sport
1 year ago

Over a decade before Margaret Thatcher occupied No.10 Downing Street in London, South Africa already had its own Iron Lady.
Sport
1 year ago
Next Article