Mulenga continues to believe in the AmaZulu cause 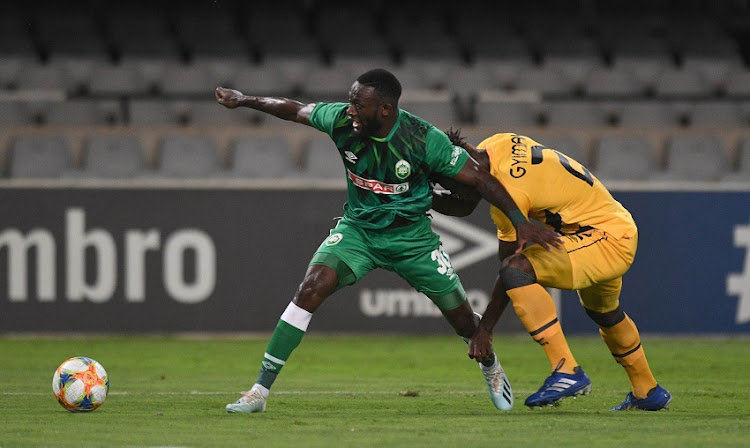 AmaZulu's ambitious plan to bid for a top four finish this season might not be going smoothly at the moment but the club’s new striker Augustine Mulenga does not believe that they have veered too far off the rails.

Mulenga is adamant that there is plenty to be optimistic about and while the 12th-placed Durban side only picked up four points from a possible twelve in their recent outings‚ it was their performance in the 4-3 away defeat to champions Mamelodi Sundowns on Sunday that has given him reason to continue believing.

“I can say we lost the last game because we didn’t start well‚ but in the second half we pulled up our socks‚” said Mulenga‚ who provided one of the assists in the three goals Usuthu scored against the Brazilians.

“In the coming game [against Cape Town City at the Kings Park Stadium on Saturday night]‚ if we can start the way we finished the second half of the last game‚ I’m sure we can get the maximum points.”

Mulenga acknowledge that City‚ who are three points ahead of AmaZulu after playing the same number of games‚ could prove to be difficult opponents.

Usuthu may take comfort from the fact that all the points they have were earned at their Durban home venue.

“Cape Town City is a good team and we discussed them.

“The match is not going to be easy but I’m sure we can get the maximum points at the end of the day.”

Mulenga moved to Usuthu in the beginning of the campaign after three seasons with the Buccaneers‚ where he couldn’t help the Soweto giants end a trophy draught that now goes back to May 2014.

AmaZulu have also hardly set the scene alight as far as trophies are concerned and have not won anything since their 1992 triumph in the Coca Cola Cup final against Kaizer Chiefs. Mulenga was a two-year old toddler at the time.

The 30-year-old striker says there are encouraging signs that coach Ayanda Dlamini’s team could improve this season and avoid fighting relegation as they did last season.

“I think everything looks so well and the guys have been pushing each other for the [improvement] of the team‚” says the Zambian-born forward.

“For me I think I’m doing well so far but what’s remaining is just to score so that I can get my confidence and I’m looking forward to doing that.

“I know that the fans out there want to watch us live because they always see us on TV‚ and I’m sure in this game if we get maximum points they’ll be happy. I’m sure we can make them proud.”

Mulenga also had comforting words for the family of Anele Ngcongca‚ the former Bafana Bafana right back who died in a horror car accident on the KwaZulu-Natal north coast on Monday‚ a few days after joining Usuthu from Sundowns on a one-year loan deal.

“I used to know Anele just from afar‚ but in the time that I’ve spent with him I came to realize that he was a good person. Even in the group he was encouraging us‚ telling us ‘guys we’re in this together‚ let’s fight for each other’‚” said Mulenga.

“My heartfelt condolences to his family for the loss they have. What they have to know is that they’re not in this alone‚ but we’re behind them.

“We’ll keep praying for them because it’s not easy for them to lose the person they love. We’re in this together.”