Defender has recovered from hamstring injury 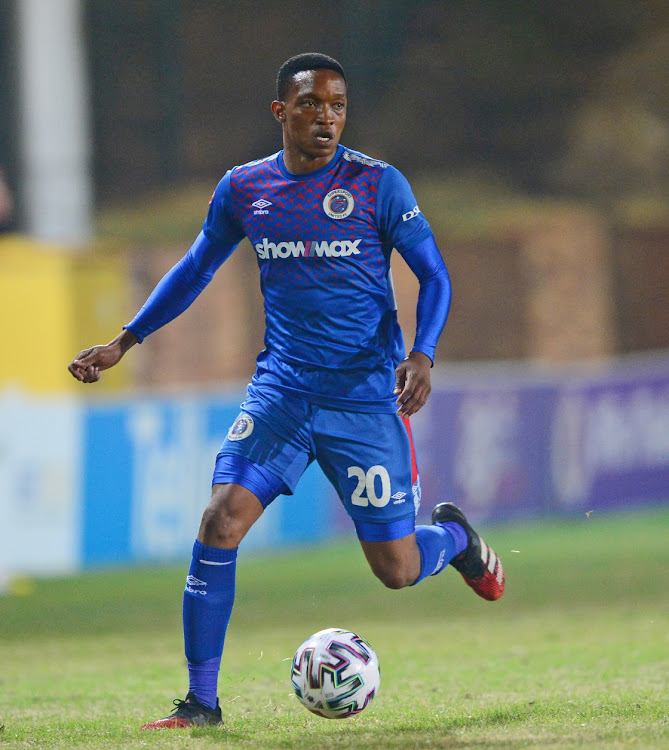 With veterans Bongani Khumalo and Clayton Daniels having struggled to knuckle down at the heart of SuperSport United's rearguard in recent outings, Grant Kekana could be the answer to Matsatsantsa's defensive frailties.

After recovering from a hamstring injury that compelled him to sit out the first three DStv Premiership matches, Kekana is in contention to start when SuperSport visit high-flying Orlando Pirates at Orlando Stadium tomorrow (6pm).

What enhances Kekana's chances to start tomorrow is that Daniels is doubtful, having been involved in a mild car accident two weeks ago. This resulted in Daniels missing SuperSport's last game, a 1-0 defeat in the MTN8 semifinal second leg away to Bloemfontein Celtic nearly a fortnight ago.

In Kekana's absence, the Tshwane giants conceded five goals from the same number of games across the MTN8 and the league. The 28-year-old defender has thus far featured only in their 3-2 win against Tshakhuma Tsha Madzivhandila last month.

“I have recovered from my injury, so I am in contention to play against Pirates,'' Kekana, who started 19 league games last season, said yesterday.

The former Pretoria University defender thinks he knows how Pirates will approach this game. “We know the form Pirates are in. They play attractive football, they keep the ball and they also like to run in behind spaces. So we've prepared for that,'' said Kekana.

Kekana dismissed the idea that their recent defensive complications must be attributed  to Khumalo and Daniels failing to combine well, saying they have just been unlucky to concede five goals in their last five games. The SuperSport man also disclosed the recent international week helped them to review and correct mistakes.

“We are a team that don't concede easily. I think we've been unfortunate in the past games to concede, but the blame should be shouldered by the team, not individuals,'' said Kekana.

Pirates, meanwhile, could welcome back striker Gabadinho Mhango from injury.

Baroka hope to continue strong start to season against TTM

Baroka will be looking to maintain their unbeaten start in the DStv Premiership when they meet Tshakhuma Tsha Madzivhandila (TTM) in the Limpopo ...
Sport
6 months ago

TTM owner Mulaudzi insists the club is not for sale: 'I mean we have just bought this thing now'

Tshakhuma Tsha Madzivhandila FC (TTM) owner Lawrence Mulaudzi says reports on the sale of his club just five months since the purchase of the Premier ...
Sport
6 months ago
Next Article