Islanders poor travellers and have struggled for goals in Afcon qualifiers 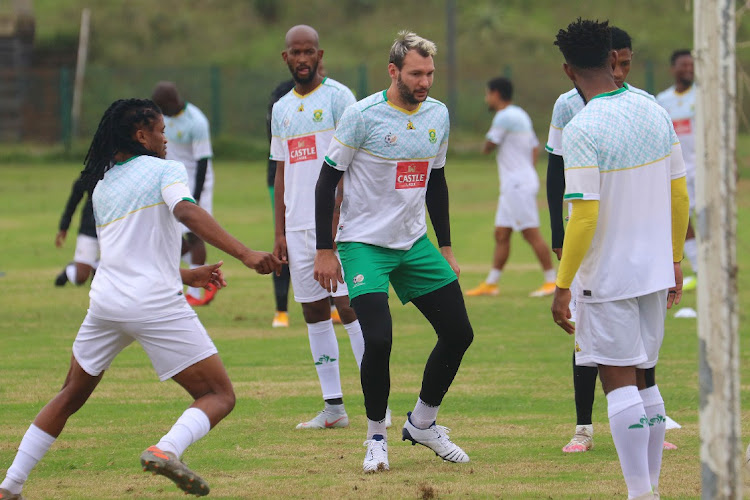 Bafana Bafana will only have themselves to blame if they can’t get over Sao Tome and Principe, a team that has struggled to find the net of late.

In their two matches they have played so far in Group C, the islanders have lost 1-0 to Ghana and 4-0 to Sudan and are yet to score.

With Bafana to host both qualifiers, this arrangement should suit them as they are desperate to claw their way to the top of Group C and displace leaders Ghana, who beat them 2-0 last year.

Initially, Bafana were scheduled to fly straight to Sao Tome for the second leg, but the two countries came to an agreement that SA should host the second leg.

It is an opportunity Bafana must use to their advantage by collecting all six points in these two matches at home.

Ntseki glad Bafana won't have to travel to Sao Tome

With the back-to-back qualifiers against Sao Tome and Principe to be played in SA, this has taken a burden off the shoulders of the Bafana Bafana ...
Sport
1 year ago

The 182nd ranked Sao Tome are not good travellers, and it is a plus for Bafana. In October last year, they defeated Mauritius 3-1 away from home in the first leg of the preliminary round tie of the 2022 Afcon qualifiers. That was their first away win in a competitive match.

Sao Tome went on to win 2-1 at home to advance 5-2 on aggregate and join Bafana, Ghana and Sudan in Group C.

Their striker Luis Leal scored three goals in those two preliminary matches, and despite not scoring so far in the group stages, Bafana will need to keep a close eye on him as he could be dangerous if given a chance tonight.

While everything favours Bafana, they must not take Sao Tome lightly as SA tend to struggle against teams of lower stature.

Most of Sao Tome's players who played against Ghana and Sudan in their opening matches of Group C were foreign-based players. Nine of them are based in Portugal, while Diego Jordao is based in England and Leal plays in Argentina.

Rushine de Reuck delighted with his first Bafana call-up: 'I just want to learn as much as I can'

Maritzburg United centreback Rushine de Reuck says his first Bafana Bafana call-up means even more to him than winning last season’s defender of the ...
Sport
1 year ago
Next Article