Safa explains why it backs Motsepe for CAF presidency 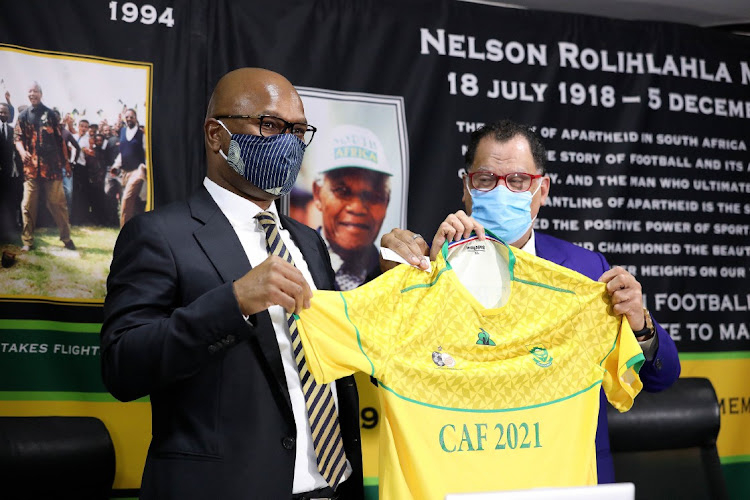 SA billionaire club owner Patrice Motsepe is on a 10-day quarantine, but he is smiling from ear to ear following his nomination for the biggest job in African football.

So far, Motsepe, CAF president Ahmad Ahmad and an official from the Ivory Coast have emerged as candidates vying for the big job in African football.

The elections will take place on March 12 in Morocco next year. The deadline for submissions is on Thursday.

Safa president Danny Jordaan and sports minister Nathi Mthethwa gave the decision to back Motsepe for the presidency the thumbs up at Safa House yesterday.

Jordaan said he started the conversation to nominate Motsepe with Pinnick over a long period.

“I want to give thanks and credit to Pinnick. He indicated that he would also consider the nomination, but after our discussion, he said, what about Motsepe, and we started to get the ball rolling. The first letter of support and endorsement came from Pinnick in a long letter explaining why he decided to support Motsepe,” explained Jordaan.

Mthethwa, meanwhile, said the government supported the decision to endorse the 58-year-old owner of Mamelodi Sundowns and described him as the best business brain.

“We endorse his candidacy and urge all South Africans to do the same. We will engage with other countries to support him. He has a sense of duty for his country, and with him, we will have better African football,” said Mthethwa.

Pinnick said he would not rest until Motsepe became president of CAF.

“We will work night and day to make sure he gets elected. He will be the president of CAF. We will engage other countries to support him. African football would grow under him,” Pinnick added.