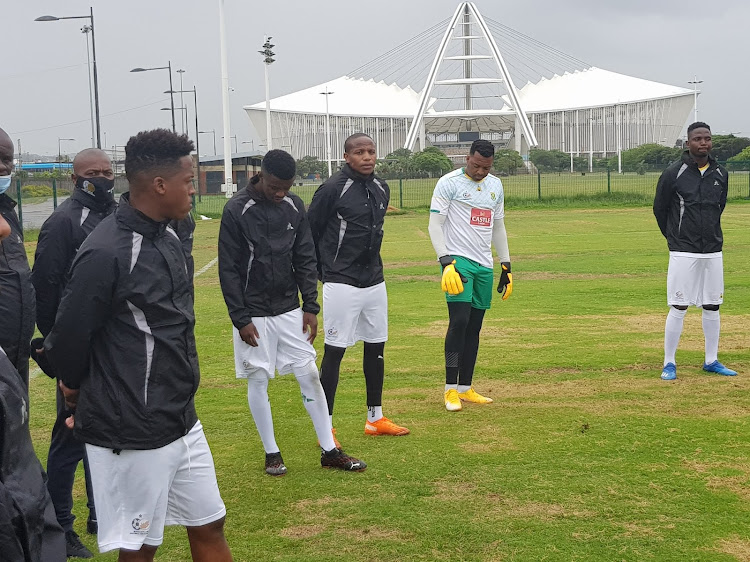 Bafana Bafana and other national teams in the world have remained in the shadow of the coronavirus as the globe continues to attempt to adapt to the realities of a pandemic that has altered everything this planet has considered normal all these years.

International football has felt the wrath of the pandemic but as life continues to flicker back towards some semblance of normality‚ Bafana have their own role to play in the bigger picture of things.

Coach Molefi Ntseki's charges face Sao Tome and Principe in a decisive Africa Cup of Nations (Afcon) qualifier that could determine the increasingly pressured national team mentor's fate by the end of the month.

Ntseki conceded that he is under pressure to deliver the results as Bafana attempt to reassert themselves in the continental showpiece qualifiers.

"It is a responsibility that we are fully aware of that South Africans are very impatient when it comes to Bafana Bafana because it is the pride of the nation.

"It is what unites the nation.

"In our last meeting when we were addressing the plan going forward with Bafana Bafana‚ the turnaround strategy‚ I was talking with the president [Danny Jordaan] to say‚ 'look‚ all that is important for us is to achieve more now that we are in the last two years of Vision 2022.

"The vision started with the under-17 team that went to the World Cup in 2014 in Chile. Ever since then we have seen our team qualifying for the under-17 World Cup‚ the under-20 World Cup and the Banyana Banyana Olympic teams.

So now we need to do well for Bafana Bafana because I think that everything has been working very well for us."

Ntseki said he is responsible of a generational change in all the national teams.

"We have three generations of players in the Bafana team‚" he said.

"So this is the generation that will very important to take us to the next level."

SA will host both legs of their Africa Cup of Nations (Afcon) qualifiers against Sao Tome and Principe in November.

The SA Football Association (Safa) said this week they have sealed an understanding with the islanders to host both ties‚ citing Covid-19 as the main reason for the decision.

Initially Bafana Bafana were scheduled to host the first match at the Moses Mabhida Stadium in Durban on November 13 and then fly to Sao Tome for the second leg on November 16.