United coach disappointed after loss to Chiefs in MTN8

Tinkler looks out for two keepers to replace Ofori 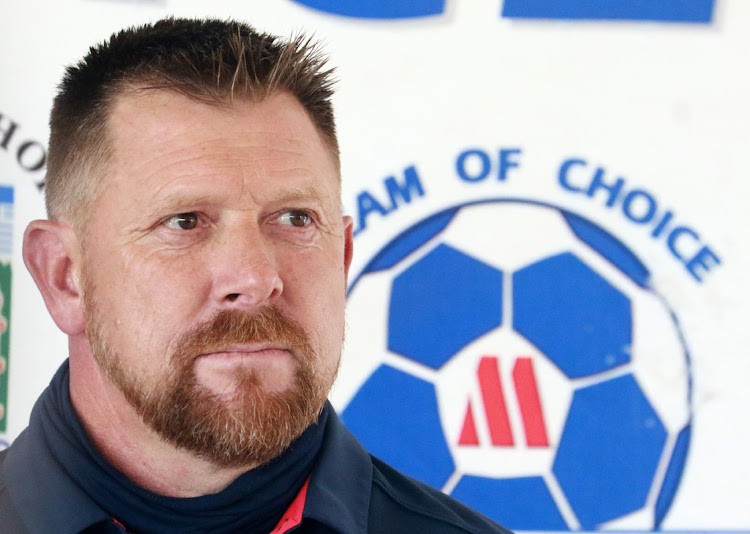 Ofori is on his way to join Orlando Pirates, having already completed his medical with the Soweto giants.

The Ghanaian international was not available when Maritzburg lost 1-2 to Kaizer Chiefs in the MTN8 semi-final at FNB Stadium on Sunday.

And coach Eric Tinkler said after the defeat that they only have two keepers registered in their squad [Bongani Mpandle and Jethren Barr].

“With regards to the goalkeeping department, we we are searching for two keepers,” Tinkler told the media after the match.

“Not only someone to replace Richard. It is ongoing. We want to make sure that whoever we bring in is the right person.”

Maritzburg are interested in Brendon Peterson, who was with Bidvest Wits and is also wanted by Chiefs.

Tinkler reflects on what might have been: We should have punished Chiefs with at least four goals

Maritzburg United coach Eric Tinkler believes that his charges had Kaizer Chiefs completely at their mercy in the MTN8 quarterfinal meeting between ...
Sport
1 year ago

Meanwhile, Tinkler was left disappointed after his side conceded twice late in the second half to lose to Chiefs in the MTN8 qualifier.

“In the first half, I thought we dominated. We should have come in at the interval with at least three or four goals. We were good in the opening half, our pressing, our transitional play. We didn’t punish them the way we should have,” Tinkler explained.

“We exposed their weaknesses, but we didn’t capitalise on that. We spoke about it at halftime, and then I don’t know what happened in the second half, a completely different team came out."

What especially disappointed Tinkler was the fact that they conceded those two goals from set plays through Yagan Sasman.

“That was their biggest threat last season under Ernst [Middendorp], and it is always under Gavin [Hunt] ... their danger is set pieces.