Chaine, Mabokgwane on top of their game

Maduka heaps praise on his goalkeepers 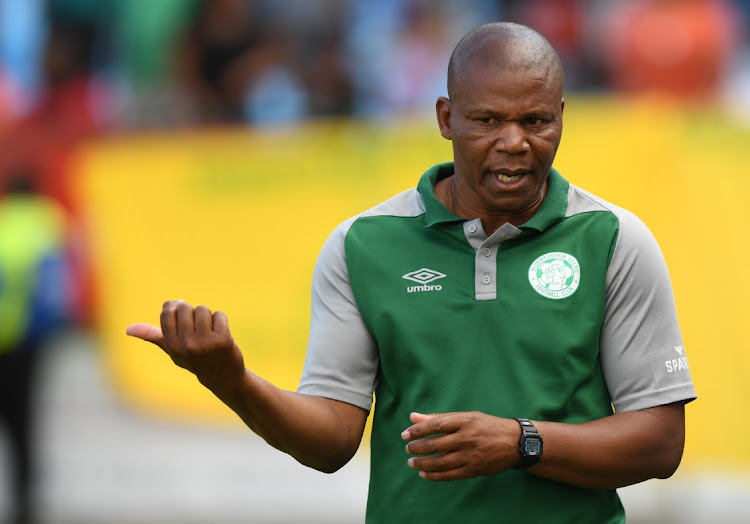 From playing just a single match in the bio- bubble, as he was playing second-fiddle to the 23-year-old Chaine, the tried and tested Mabokgwane had a blinder of a game when Celtic outshone Mamelodi Sundowns 1-0 in the MTN8 quarterfinals at Lucas Moripe Stadium on Sunday.

The 32-year-old produced a Man of the Match display against Downs. It was Victor Letsoalo's solitary goal that earned Phunya Sele Sele a spot in the semis, where they'll face SuperSport United in two weeks' time.

“Those two goalkeepers [Mabokgwane and Chaine], they compete. They compete in each and every training session. Chaine, the one who’d been playing, and Mabokgwane I can say that they are on the same level,'' said Maduka of the competition between his two keepers.

"They are more on the same level that anytime you can use any of them, so it’s always good to know for the team that both of them are in a very good form.''

What looked like an unexpected smash-and-grab from Bloemfontein Celtic when they knocked Mamelodi Sundowns out of the MTN8 on Sunday actually didn’t ...
Sport
1 year ago

Maduka reasoned that they intend to rotate Mabokgwane and Chaine so they remain in good shape. The Celtic coach hinted Chaine might be reinstated to the starting XI in their first league match of the season versus Golden Arrows on Saturday.

"What we said to ourselves is that because at this moment they’re both on top of their game, it’s very important to rotate them so that one doesn’t get rusty. We want to make sure that both of them get game time,'' stated Maduka.

"Who knows? You might see Chaine next week. It’s not like Chaine did anything wrong, Chaine has been doing well."

Against the Brazilians, Maduka's charges showed unrivalled endurance and agility at times. Celtic's fitness levels on the day told of a team that had a good pre-season and Maduka has highlighted how their pre-season looked like. Celtic left the bubble on September 13 after losing the Nedbank Cup final a day earlier.

"After the bubble we gave them [the players] 10 days so that they could spend time with their families. In short we had about three weeks to prepare the team,'' Maduka reflected.

"It [the pre-season] wasn’t more about fitness, but it was more of tactical work because the player were still well-conditioned.''