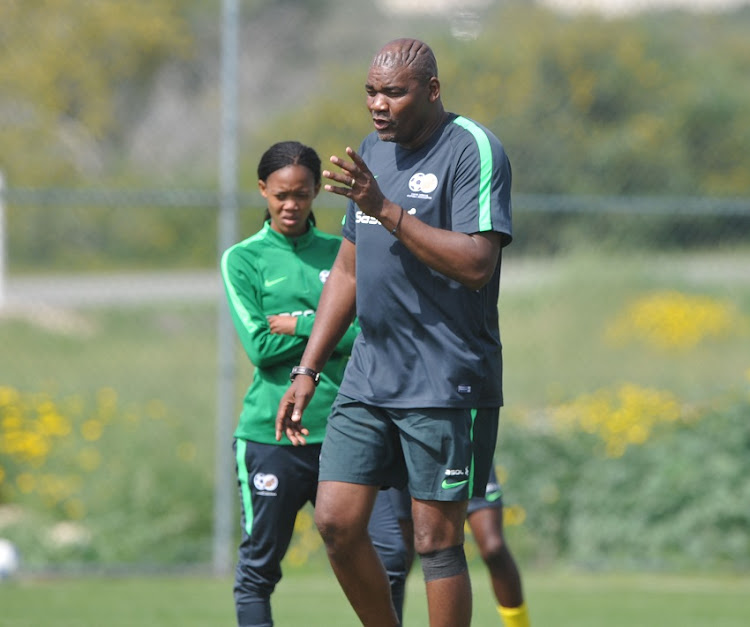 Molefi Ntseki has explained why he cast the net wide for Bafana Bafana's friendlies against Namibia and Zambia‚ saying with a congested list of big fixtures in 2021 this will be a rare opportunity to have a look at new players.

The Bafana coach on Friday named an adventurous squad for the matches against Namibia and Zambia‚ both at Royal Bafokeng Stadium‚ on Thursday and Sunday.

He said‚ with international football playing catch-up in 2021 after 2020 was a virtual write-off due to Covid-19‚ almost all Bafana's matches next year will be "cup finals"‚ so he wanted to utilise these friendlies to look at players‚ and also expand the pool.

"If you look at the Caf fixtures starting in November this year and going into 2021‚ we have very congested matches that have to be played‚" Ntseki said.

"Next year we are to play the last qualifiers for Afcon 2021 in March - playing Ghana at home and then Sudan away. And from there we will be playing the qualifiers for the World Cup in 2022 in Qatar.

"And towards the end of the year we start to play the Afcon 2023 qualifiers. So we are not going to have any opportunity‚ or any date to play friendlies‚ to prepare our team and to test our strength. So every game we are to play come next year will be more of a cup final.

"So we are really thankful to have these friendlies coming so that we can also give other players an opportunity‚ and we can also do the proper profiling of such players at international level going into the November fixtures.

"We are also trying to increase our pool because of the congested fixtures we will have come 2021."

Thibang Phete‚ a 26-year-old defender who turns out for Belenenses SAD in Portugal’s Primeira Liga‚ and 23-year-old Belgian-based forward Kurt Abrahams of KVC Westerlo were Ntseki's notable and lesser-known inclusions.

Other notable fringe players drafted — some of whom showed interesting signs of form as the Absa Premiership was concluded in a bio-bubble — include Mamelodi Sundowns and ex-Bidvest Wits goalkeeper Ricardo Goss and defender and Sundowns teammate Motjeka Madisha.

Nsteki said he had blended four Under-23 players from coach David Notoane's team for the 2020 Olympics‚ 10 from side that competed at the 2016 Rio Olympics‚ and experienced players to provide the spine and integrate the new players.

This month's friendlies are preparation for next month's crucial 2021 Africa Cup of Nations home and away qualifiers against Sao Tome and Principe.