Aussems comes with a wealth of African experience under his belt 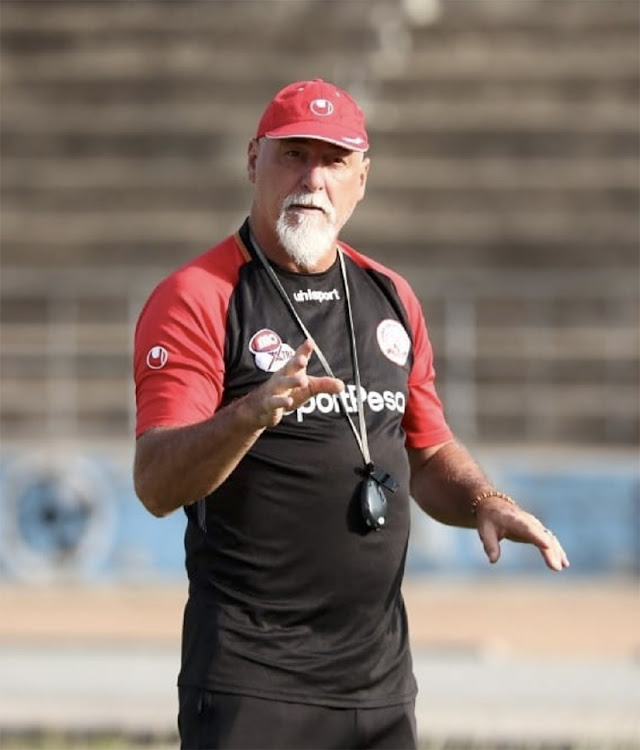 Former Belgian footballer Patrick Aussems has arrived in the country to take up his position as head coach of Black Leopards, club spokesperson Berry Ramunenyiwa has announced.

He said the 55-year-old coach who guided Simba to the Tanzanian Premier League title in 2018-19 and also helped the club to reach the quarterfinal of the African Champions League, losing out to TP Mazembe, arrived in SA on Saturday.

“Lidoda Duvha is delighted and welcomes him to one of South Africa’s [best] supported team[s]. We are looking forward to working with a coach of his caliber [sic]. Black Leopards management is confident that his contributions will take the team back to winning ways.He will be  introduced to the players and supporters of Lidoda Duvha as soon as possible while crafting plans for the up-coming Premiers Soccer League season.”

Other career stops reveal a stint with Al Hilal in Sudan.

Black Leopards striker Themba “Messi” Ndlovu is hoping for a change of fortune for his club in the 2020-21 DStv Premiership new season.
Sport
1 year ago

Themba Zwane revealed that he will vote for Lebogang Manyama for the Premier Soccer League (PSL) Players' Player of the Season award.
Sport
1 year ago
Next Article