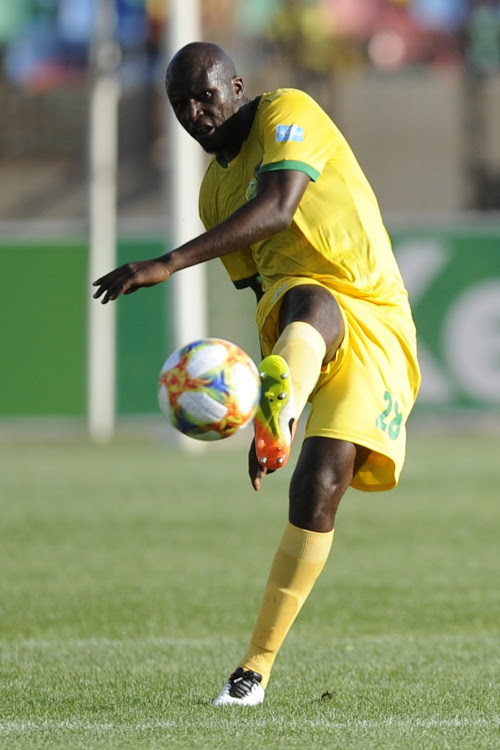 Former Golden Arrows defender Musa Bilankulu is searching for a new Premiership home after being released from the KwaZulu-Natal team.

The lanky 35-year-old centre-back says that retirement is the last thing on his mind. The Malamulele-born footballer is coming to Joburg this week and could be unveiled as a new signing by GladAfrica Championship winners Swallows FC.

Bilankulu comes with a hefty salary package, but he is willing to take a salary cut.

“I don’t mind getting paid half of what I got at Arrows,” said Bilankulu. Arrows and Bilankulu parted ways after he played 263 matches for the Durban-based side. For someone who served the club with distinction for a decade, one would have expected Arrows to retain him in a different capacity.

The towering defender says that he has no hard feelings towards his former side. “It does not help to cry for spilled milk. I am not in coach Steve Komphela’s plans for next season and have accepted my fate. The coach told me that I’m not in his plans and that the team wants to try something new,” said Bilankulu.

The modest footballer spent one season at Bidvest Wits and three years at Bloemfontein Celtic, but it is at Arrows where he enjoyed his best spell as a soccer player. In 2009, he was part of the team that humiliated Ajax Cup 6-0 at the Orlando Stadium in Soweto to lift the MTN8 trophy.

“Winning the MTN8 title is the biggest highlight of my career at Arrows. I also have a great relationship with the owner Manto Madlala. She is like a mother to me and took care of me in Durban,” he said.

Bilankulu has a home in Durban and is training alone to prepare for his next challenge. “I’m coming to Gauteng to finalise a move with a Joburg team. I know that coaches want youngsters these days, but money cannot buy experience. I have plenty of experience, my legs can still carry me."

Former Belgian footballer Patrick Aussems has arrived in the country to take up his position as head coach of Black Leopards, club spokesperson Berry ...
Sport
1 year ago

Dr Irvin Khoza has suggested that the Premier Soccer League (PSL) will not implement latest football technology in the form of video assistant ...
Sport
1 year ago
Next Article