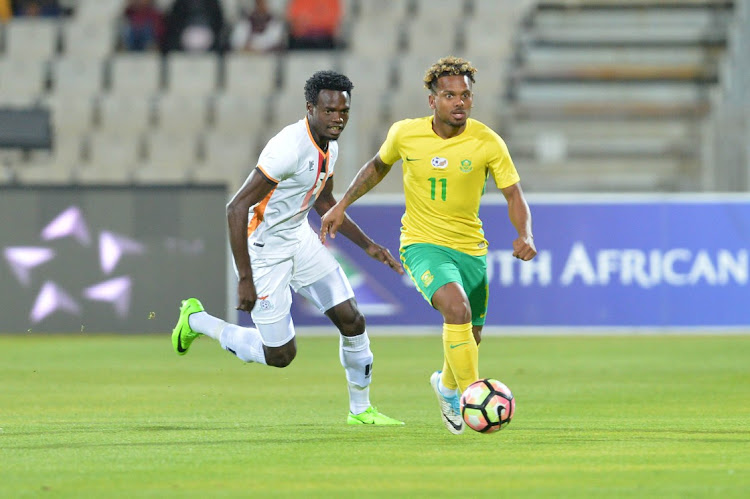 Ntseki will hope these strikers will transfer their form to Bafana after doing well in the PSL bio-bubble towards the end of the season.

The trio could be named in Ntseki's squad to face Zambia and Namibia in friendlies during the Fifa week from next Thursday, that is set to be announced this morning at Safa House in Johannesburg.

The matches against Zambia and Namibia are preparation for Bafana’s back-to-back Africa Cup of Nations qualifiers against Sao Tome and Principe next month.

Bafana are set to travel to Windhoek on Thursday where they will take on Namibia at the Independence Stadium before they host Zambia at the Royal Bafokeng Stadium on October 13.

With Erasmus, Grobler and Ntuli likely to be included in the squad today, there is a possibility that star player Thembinkosi Lorch could be left out.

Lorch has been in the media for all the wrong reasons of late, having been suspended by his club Orlando Pirates at the start of the bubble for a breach of protocol, before his recent arrest for alleged domestic violence.

Ntseki is also expected to call up the overseas-based players and it remains to be seen if Bongani Zungu will get the nod  after he was left out of the 25-man squad that was scheduled to have played Sao Tome and Principe in March.

There are players who have raised their hands towards the end of the season such as Reeve Frosler, Rushine de Reuck, Goodman Mosele, Thabo Nodada and Bradley Ralani who could be named in the squad.

In the goalkeeping department, Ntseki is likely to call up Ronwen Williams, Ricardo Goss and Wayne Sandilands who all did well for their teams during the bubble.

The SA Football Association (Safa) is waiting for sport minister, Nathi Mthethwa, to give them the green light to continue with their preparations ...
Sport
1 year ago

Egyptian giants Al Ahly have confirmed they have appointed ex-Mamelodi Sundowns and Bafana Bafana coach Pitso Mosimane on a two-year contract.
Sport
1 year ago
Next Article