Pitso Mosimane on pipping Chiefs to the title: 'I call it a smash and grab or the biggest heist ever' 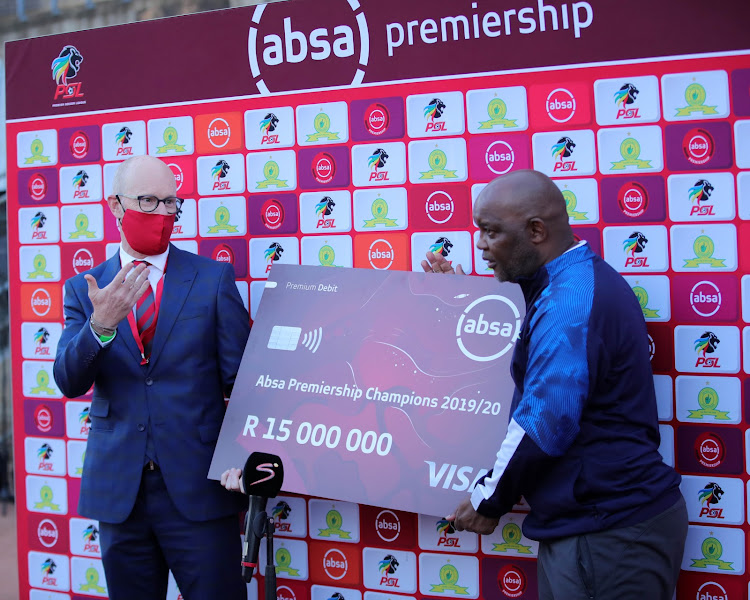 Pitso Mosimane is the most successful coach in the Premier Soccer League era.
Image: Samuel Shivambu/BackpagePix

Pitso Mosimane paid glowing tribute to his players after Mamelodi Sundowns pipped Kaizer Chiefs to the league title on the final day of the season on Saturday to complete what he described as "the biggest heist ever".

Chiefs led the Premiership standings for most of the season and had a 13-point gap at the top at one stage of the campaign.

But Sundowns managed to claw their way back into the race to celebrate an unprecedented La Decima and their third successive championship title after beating Black Leopards 3-0 at Dobsonville Stadium to win the title.

Mosimane also paid glowing tribute to his players for the well-executed smash and grab job as they managed to close a 13-point gap to pip Chiefs to the finish line.

“For my boys‚ they closed a 13-point gap‚ I call it a smash and grab or the biggest heist ever.

"But when you go with Sundowns toe-to-toe‚ you must be sure of your endurance.

“We have endurance and we can go long‚ we went to Morocco‚ we go to Cairo‚ semi-final of the MTN8‚ final of the Nedbank Cup and Telkom Knockout.

"We do have injuries but we don’t complain about heavy legs and we played on the worst pitch in the bubble at Dobsonville Stadium. But we managed because we have Champions League mentality.”