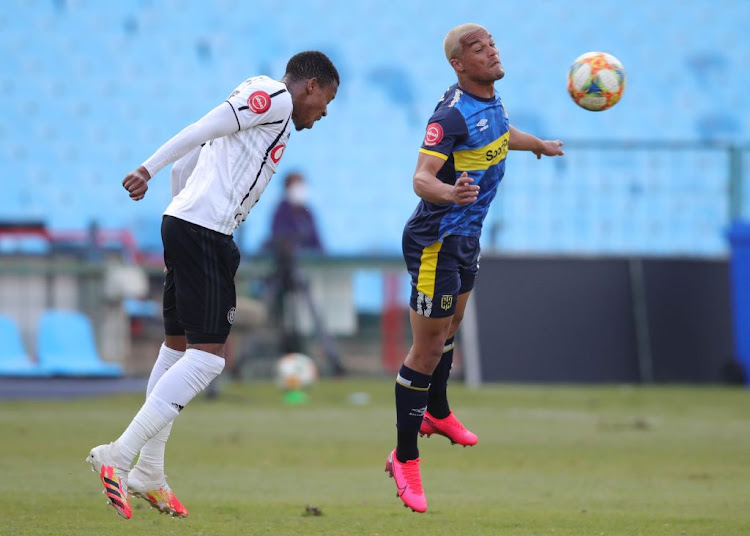 Jan Olde Riekerink has got Cape Town City buzzing again after a difficult start to his coaching career in the Mother City.

The Dutchman has guided his charges to a third win in four matches since the resumption of the Absa premiership post the coronavirus-enforced shutdown, after a 10-man City beat Orlando Pirates 1-0 at Loftus on Sunday as they continue to make their way up the Absa Premiership ladder.

“I think it was too bad that we played with 10 players because we struggled a little bit in the beginning, but we slowly found the spaces and we started playing the football we wanted to play,” Riekerink said

City played with a man down for more than an hour but Riekerink’s side showed character as they went on to score on the stroke of half time and managed to keep the Buccaneers at bay to walk away with the crucial three points.

The Dutchman admitted that he found it difficult to stamp his authority and get City to play the way he wanted them to in his early days in Cape Town.

City have been the form team in the Premiership, losing just once, against Stellenbosch FC, while dispatching Chippa United before sweeping aside title-chasing defending champions Mamelodi Sundowns and Pirates in the space of 10 days.

Riekerink hinted there was a clash of cultures and the way of doing things when he first arrived in Cape Town and said he had to get the full grasp of the culture of South African players to get the best out of them.

“Of course if you are a coach and you are new coming into the team, there are different rules and different cultures. Everybody has to get used to it.

“I’m Dutch and I think Dutch and act Dutch. As a group, as players and as staff you have to know each other well and that takes time, that’s logic,” said Riekerink. “With the help of everybody, we grew as a group and it is always a process. To be honest it was not always very stable, there were also hard words and hard moments.

He said he mentioned to the players how they had grown together,  even before the Covid-19 disruptions, and how the group was developing as a team.

“They were fighting mentally. The mind is stronger than the body and that is what you saw today. They are just a fantastic bunch of guys. As a coach you can guide but they have to do it themselves and, as I said, the players and the staff have grown accustomed to each other very well and I like that very much.

“Everybody, of course, has different backgrounds but we work very hard to get everybody together. I must thank my technical team, my fitness coach, the players and the chairman. They had to believe that we will get out of this and making a team and not individuals, and I think that it is what you saw [against Pirates].”

Riekerink inherited a team from Benni McCarthy in November last year low on confidence and in mid-table, having won just once in 18 matches before Bafana Bafana all-time leading goal scorer acrimoniously left the club. He had a torrid start, achieving his first win after six matches as City plunged into relegation waters.

City are now placed seventh on 36 points with three games remaining and next meet Lamontville Golden Arrows on Saturday before wrapping up their campaign against Highlands Park and SuperSport United.