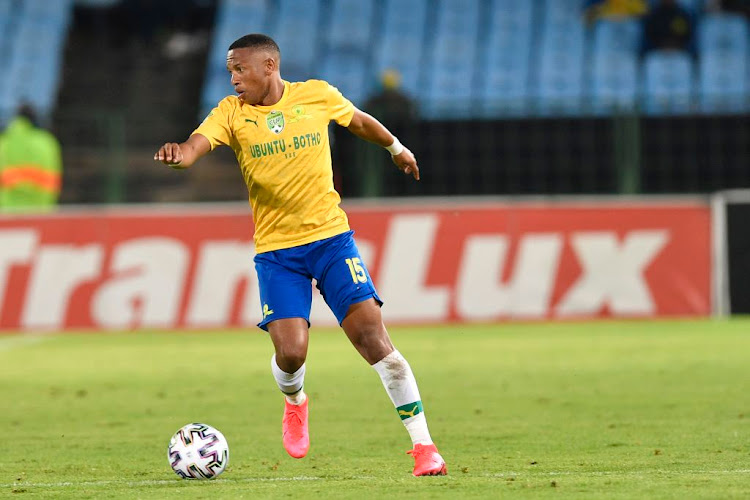 Mamelodi Sundowns coach Pitso Mosimane has shrugged off the unavailability of two key players ahead of his side's crunch league match against Golden Arrows at Dobsonville Stadium on Monday night.

Second-placed Sundowns are desperately trying to keep leaders Kaizer Chiefs in their sights but will be without key defender Ricardo Nascimento and midfielder Andile Jali when they tackle the unpredictable Arrows.

The two players are suspended for the clash against Arrows but a nonchalant Mosimane said he has enough personnel in his ranks to plug the gap. Nascimento and Jali received a red and a yellow card respectively in Sundowns' costly 2-2 draw with Maritzburg United on Friday night.

“It is the way it is, but we have the numbers to replace them,” Mosimane said.

“What is much better for us in terms of personnel is that we have Mosa Lebusa and Anele Ngcongca back, and the defence was a little bit better.

“I know you will question how stable the defence was when we conceded two goals. Those two goals were scored because of the turnovers they [Maritzburg] scored from our mistakes. We had the ball and turned it over.

“It’s not that they created too many opportunities.

“Ricardo is not there but Mosa can fill in, Andile is not there but we have Rivaldo (Coetzee) and Tiyani Mabunda. We can also play Vila (Sibusiso Vilakazi) as a number eight. We can’t complaining about who is going to come in. We have enough players.”

While Sundowns dropped two points against Maritzburg, Mosimane insisted his players performed better than they did in their previous matches.

“I think we played much better than the last three games,” he said. “We sat on the ball a little bit more, which was very good. We made all the necessary changes to freshen up the team and brought in a lot of changes in the starting line-up with guys like Ali Meza and Anele Ngcongca.

“We tried but they came back twice, and that’s football. It was unfortunate Nascimento got a red card. In times like these, you rather take the result than the performance. But for the sake of confidence, you will take the performance, and it was much better.

“I am happy with Promise Mkhuma because he tried to play and was unfortunate. I thought he deserved a penalty with a push from the back. We also don’t have luck when decisions don’t go our way.

“Against Highlands Park, Peter Shalulile controlled the ball with his hand and scored, and against Orlando Pirates the ball was on the floor and Happy Jele came with it.”