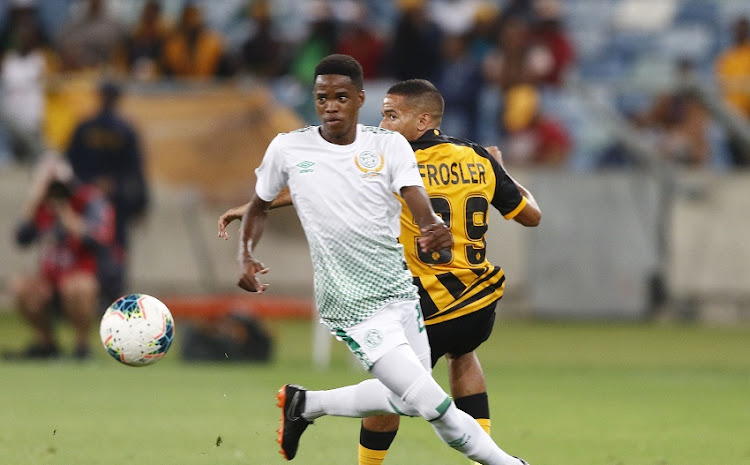 Chiefs had a chance to take a nine-point lead with a win at Tuks Stadium but Ngobeni’s pacey overlapping runs down the left‚ Ndumiso Mabena’s normal creative influence‚ and goals from fired-up forwards Sera Motebang and Victor Letsoalo saw Amakhosi over-run.

Ngobeni has notched an impressive 17 league and four more cup appearances in his first season promoted from Celtic’s reserves. If his contribution had not been noticed much outside the Free State‚ and by some astute opposition coaches‚ Tuesday night’s blinder has put the emerging player into the public eye.

By his performance as a constant threat with blistering runs that destroyed Chiefs on their right-hand side‚ and a neat defensive display‚ Ngobeni looks like an academy product. Interestingly‚ he is not‚ and was spotted coming on trial for Celtic.

“Very humble boy. You know‚ when he came for trials he was just sitting alone on the side. We were like‚ ‘Who is this boy?’” Celtic coach Maduka said after the game.

“And then you know‚ we gave him the opportunity and the boy did well‚ and we decided to sign him. He’s a humble boy. He’s been working very hard.

“So in short what I can say is that anyone else‚ it doesn’t matter where they come from‚ if a young player has got the potential that he can play‚ it’s my belief that it’s very important that we give those young boys the chance so that they can also express themselves.

“For us to have played football‚ or to be where we are today‚ somebody else gave us a chance. So it’s very important also for us to make sure we give the chance to boys with potential out there‚ so that one day they can take over.

“That’s a future Bafana Bafana left-back. And if we didn’t give him a chance we would not be talking about him now.”

Celtic lost Maduka’s joint-coach Lehohonolo Seema to join Chippa United in the midst of the five-month break due to the coronavirus‚ but have shown no detrimental signs for it.

Their return to football has seen them beat Baroka FC in the semifinals to reach the Nedbank Cup final‚ and draw 1-1 against SuperSport United then beat Chiefs in the league.