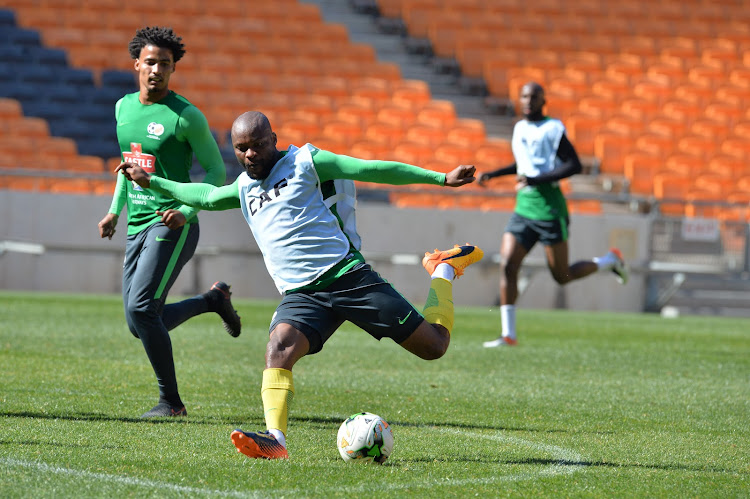 But the door has not been completely slammed in his face as Celtic coach John Maduka said the nomadic former Sundowns and AFC Bournemouth attacker would be allowed to continue training with the Free State side until the end of the season.

“He is still with the team and he is working hard‚" he said.

"We hope he will continue doing that and we will make a final decision [ahead of] the coming season. We are not going to sign him for the remaining games of this season but he is training well.”

Maduka is preparing to face Boroka FC in the semifinals of the Nedbank Cup at Orlando Stadium on Saturday and has used the last few weeks to run the rule over the resources at his disposal after assuming the reigns recently following his co-coach Lehlohonolo Seema's departure to Chippa United.

Rantie has been training with Siwelele since February but comes with a lot of baggage that includes the termination of a lucrative three-year contract at Sundowns late last year.

He has a long list of off-the-field problems but Maduka seemingly wants to give him another chance.

“Tokelo is still training with us‚ unfortunately because of the lockdown we had to release all the players and that affected him‚" he said.

"He had just joined us when the country went into lockdown but he has been doing very well at training since we returned to training.

"I did say that we don’t have any friendly matches at the moment because of the health and safety regulations and that is the area you focus more on when there are players you want to sign.

"You have to put a player in a game situation to see how they do but due to Covid-19‚ we have not been able to play any friendly matches.”

Celtic were one of the first teams to check into the ‘bio-bubble’ and Maduka said they have enough players to complete the season.

“We are going to the bubble with enough players and thanks we have to go out to the management who tried their best to ensure that we have a big squad because games will be close to each other. We are taking more than 30 players and that is enough to complete the season.”