Jabu Mahlangu changes his mind about Kaizer Chiefs: 'I am saying this league title will go to Naturena' 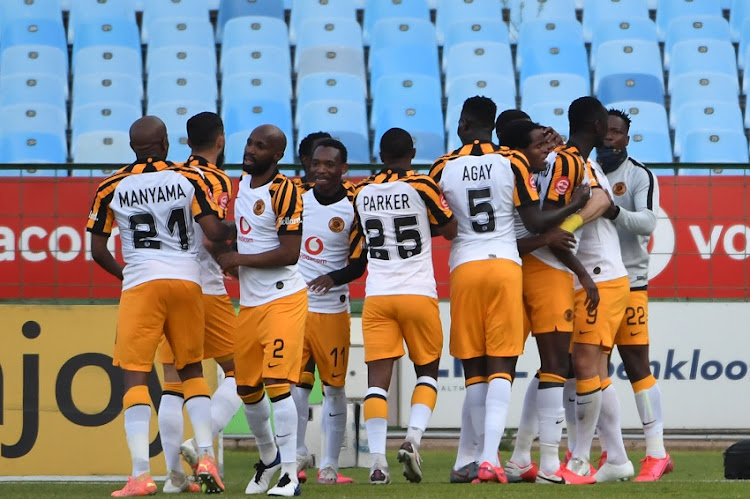 Jabu Mahlangu has made has made a dramatic u-turn and now says long-time leaders Kaizer Chiefs will win the league title this season.

His sudden change of heart will come as surprise to some as he has steadfastly maintained for months that his erstwhile employers’ chances of ending a long wait for the title will continue beyond this season.

“You see‚ I have changed my mind and I am saying this league title will go to Naturena (the Chiefs headquarters in the south of Johannesburg)‚” he told SowetanLIVE on Wednesday.

The former Chiefs‚ SuperSport United and Orlando Pirates midfielder said he changed his mind after watching champions Mamelodi Sundowns produce a run of indifferent results in their last few matches.

“Sundowns have dropped in form since they returned (after the coronavirus-enforced break) and this has presented Chiefs with a good opportunity‚" continued.

"The fact that Sundowns have dropped points since the restart of the season has left Chiefs in a very good position at the top. I don’t see Chiefs losing two matches and allowing Sundowns to close the gap on the log standings.

"In my opinion‚ the only reason Chiefs wouldn't win this league title would be because they don’t want it. They are not playing good football at all‚ but they are grinding out results like they did last weekend when they came from behind to beat Polokwane City (3-2).

"And because of this‚ I don’t think that coach Ernst Middendorp will stay at the club next season because their fans don’t like the brand of football they are playing.

“By saying that they are not playing good football‚ I am not in any way suggesting they must change their style because what they are doing is working for them. At this stage of the season‚ it is not about playing good or entertaining football‚ but about getting results.”

Mahlangu is well aware that his sudden change of heart will attract ridicule from the passionate Chiefs fans as he stuck his neck out in February and said he did not believe his former club would win the league this season.

“I really don’t think Chiefs will win the league this season. Not anymore‚” the forthright Mahlangu said at the time.

“A lot of teams now have figured how Chiefs operate‚ with no plan B into their game approach.” But a lot has changed in the last few months and Mahlangu said on Wednesday Chiefs' performances in the beginning of the year were far from convincing. He said Middendorp's charges have always flattered to deceive over the years and this was the basis for his doubts.

“When I said they would not win the league earlier in the season‚ it was because of their performances over the last few years‚" he said.

"I don’t think there are many people who could have said that Chiefs will win the league at the beginning of the season and I was one of those people.

"We must also take into consideration that Chiefs are in control because Sundowns have dropped points at this crucial stage of the campaign.”