The woodwork dominates as Wits and Arrows play to a stalemate 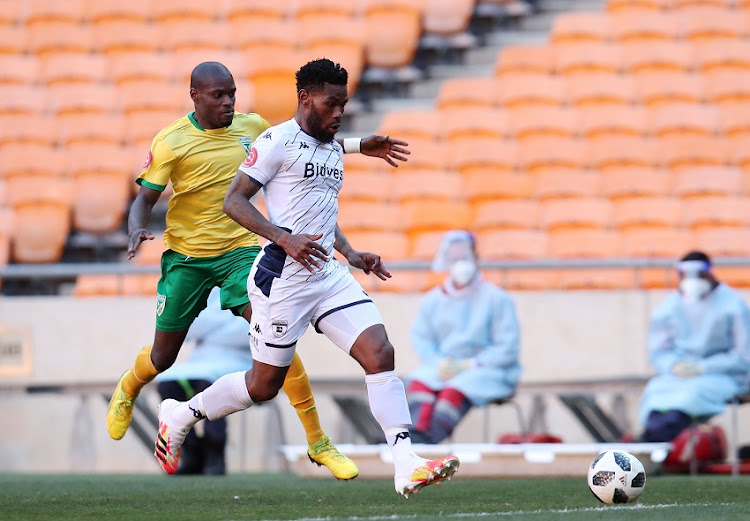 Bidvest Wits continue to put up a fight after the sale of their franchise but the result of their efforts remain gritty stalemates‚ the Clever Boys notching a third Absa Premiership draw in succession on Tuesday‚ 0-0 against Lamontville Golden Arrows.

Wits coach Gavin Hunt and his Arrows counterpart Steve Komphela watched their teams cut neat lines across FNB Stadium's smooth surface‚ without either side managing great heights of tempo or rhythm as the return from the five-month Covid-19 suspension continues to sap PSL players' energy.

Wits‚ sold in June to Tshakhuma Tsha Madzivhandila‚ have shown fighting spirit to go out with a bang in the restart. That effort‚ though‚ has only been rewarded with a narrow and unfortunate Nedbank Cup defeat against Mamelodi Sundowns‚ and league draws against Kaizer Chiefs‚ Orlando Pirates and now Arrows.

It has been hard to gauge exactly when to pronounce the Clever Boys' title challenge clinically dead. Another draw that sees them remain 12 points adrift of leaders Chiefs‚ but now level with Amakhosi on six games remaining‚ would seem a safe enough point.

The woodwork dominated the opening half.

First it was Arrows who took advantage of a Wits defence who were caught static early on as Lindokuhle Mbatha's chip from deep set forward Michael Gumede down the left in space to advance unchecked and steer a low shot onto the near upright.

Then it was the turn of Wits‚ and their big striker Mxolisi Macuphu‚ to strike the frame‚ not once but twice.

Cole Alexander's cross found Macuphu alone between Arrows' centrebacks to loop a header over goalkeeper Sifiso Mlungwana onto the crossbar.

The procession of early injuries seen in the return to football continued as Seth Parusnath had to replace Danny Phiri in midfield for Arrows just before the half-hour.

In the final minute of the half‚ from Deon Hotto's cross Macuphu did well to dive in ahead of his marker and connect another header‚ providing a second looping effort onto the bar.

Both coaches rang the changes in the second half.

Arrows had a better chance as Knox Mutizwa played a one-two off the delightful backheel of Parusnath to burst through on the left and feed substitute Nduduzo Sibiya inside‚ free in the middle‚ who saw his effort blocked by the legs of Ricardo Goss.

Another Wits replacement‚ Keegan Ritchie‚ produced a swerving free-kick with power on it that had to be awkwardly parried by Mlungwana at the end.