Orlando Pirates and Bidvest Wits grit out a goalless stalemate 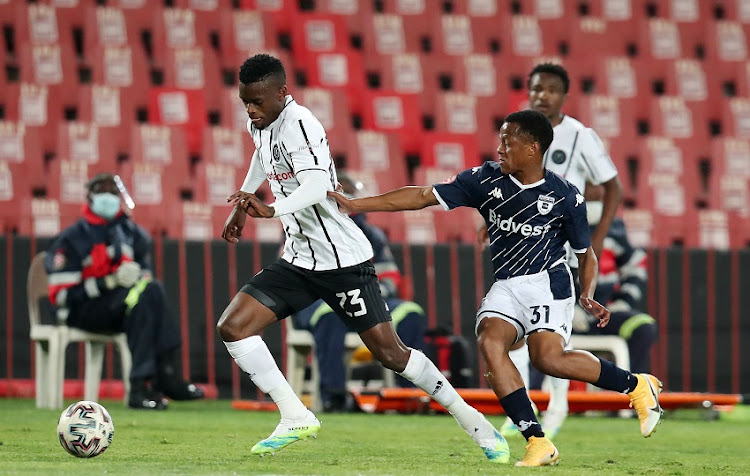 Orlando Pirates and Bidvest Wits mostly cancelled each other out playing to a 0-0 Absa Premiership stalemate that had all the hallmarks of gritty Covid-19 football at Ellis Park on Saturday evening.

Both sides manufactured chances in a match-up that would have been considered flat in other circumstances‚ but which‚ as teams grind their way back to a level of fitness from five months inactive‚ in the current situation could be regarded as a fairly competitive encounter.

The first half was about even on balance of opportunities‚ with Wits beginning the second 45 minutes stronger. Bucs worked a domination for the last 35 minutes where‚ with the clearcut nature of the scoring opportunities manufactured‚ they might have felt a little hard done-by not to come away with three points.

Early on Keegan Ritchie had space on the left for Wits to pick a spot but lifted a shot high with his preferred left foot.

On 20 minutes Pirates winger Vincent Pule cut in from the right and struck a venomous drive from 22 metres that had Wits goalkeeper Ricardo Goss at full stretch.

Pule got to a ball ahead of Goss near the right goal-line on the edge of the area‚ but could only steer into the side-netting from a tough angle with the keeper stranded.

Wits ended the first half strong and pushing for a goal‚ as Haashim Domigo's header slipped across the face when the forward had time and space and should have hit the target.

Wits continued to be the team on the front foot and should have scored inside the second minute from the restart as Zitha Macheke's cross from the right evaded the head of Ritchie and fell for Domingo‚ who swept across goal onto the upright.

Luvuyo Memela's free-kick from the right edge of Wits's area dropped onto the crossbar. Mhango fashioned space on the edge of the area and struck into the arms of Goss.

Bucs were the team with the momentum as Nkanyiso Zungu‚ on moments earlier for Fortune Makaringe‚ fed the run of Mhango into the box who forced Goss down to a superb reflex stop behind his body.

Pule brought down a cross and volleyed inches wide from just outside the box.